United Nations police began returning to a Serb-held town in N Kosovo on Wednesday, two days after pulling out in the wake of clashes with Serb protesters that left one officer dead and dozens injured. 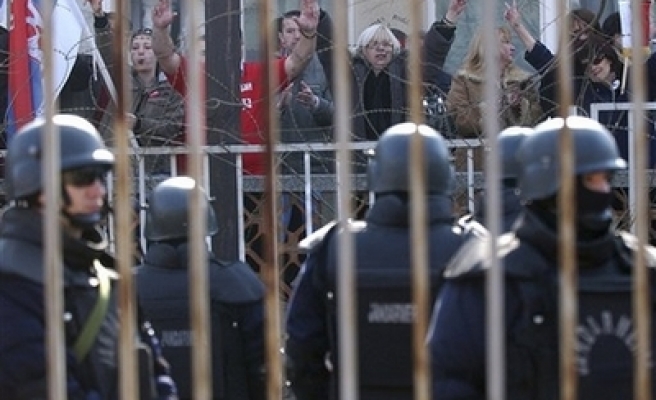 The U.N. had left NATO peacekeepers in charge of Mitrovica — reinforced by U.S. troops trained in riot control — after the worst violence since Kosovo declared independence with Serbia a month ago.

The regional police commander for Mitrovica, David McLean, said police were returning "gradually" and setting up their operations and patrols on Wednesday. He said he expected to restore the mission "as quickly as possible."

On Monday, Kosovo Serb demonstrators exchanged gunfire with peacekeepers and attacked them with rocks, hand grenades and Molotov cocktails. More than 60 U.N. and NATO forces and 70 Kosovo Serb protesters wounded.

The policeman who died of injuries suffered from a hand grenade thrown by a protester was identified as 25-year old Ihor Kynal of Ukraine. A Serb demonstrator who was shot in the head was in a coma.

The U.N. has accused Serbia of complicity in the violence.