Bhutto was killed in a gun and bomb attack in the city of Rawalpindi on Dec. 27 as she emerged from an election rally. 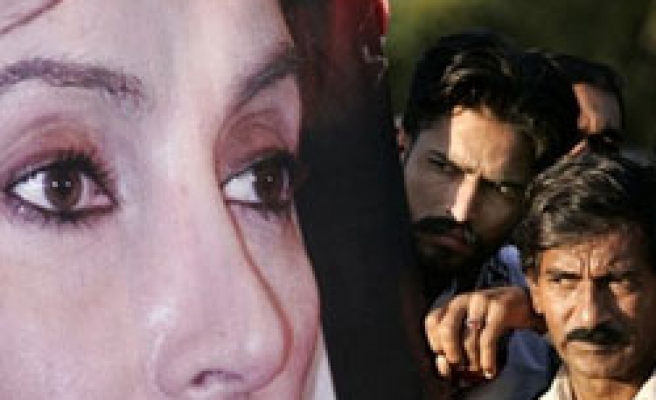 Pakistan has reached a "broad understanding" with the United Nations on aspects of a proposed U.N. investigation into the killing of former prime minister Benazir Bhutto but details remain to be worked out, its foreign minister said on Thursday.

Bhutto was killed in a gun and bomb attack in the city of Rawalpindi on Dec. 27 as she emerged from an election rally.

Bhutto's party, which now heads a coalition government, has demanded an international investigation by the United Nations. Its purpose would be "identifying the culprits, perpetrators, organizers and financiers behind the assassination ... with a view to bring them to justice," Qureshi said.

He said "broad understanding has been reached" on the nature of the commission, its funding mechanisms, composition, access to information and ways to safeguard its impartiality and independence.

"In principle we have decided to move on, but the modalities have to be discussed," he said.

Qureshi said he also met with envoys of the five permanent members of the U.N. Security Council -- the United States, Britain, France, Russia and China -- who were "sympathetic and very supportive."

Pakistan's U.N. Ambassador Munir Akram told the news conference the main feature of the talks was that there had been a "positive response" from the world body.

"What's concrete is a broad understanding on some very difficult issues, and we obviously have to work further to flesh them out, so it's premature to announce them before we've actually finished them up," he said.

Before meeting Qureshi, Ban told reporters the two would discuss "whether it would be an investigative commission or fact-finding commission or who will be funding and to whom this report should be reported and how that can be used."