The Security Council have agreed to urge Morocco and the Polisario independence movement to continue UN-brokered talks for a "mutually acceptable" self-determination solution in the disputed Western Sahara. 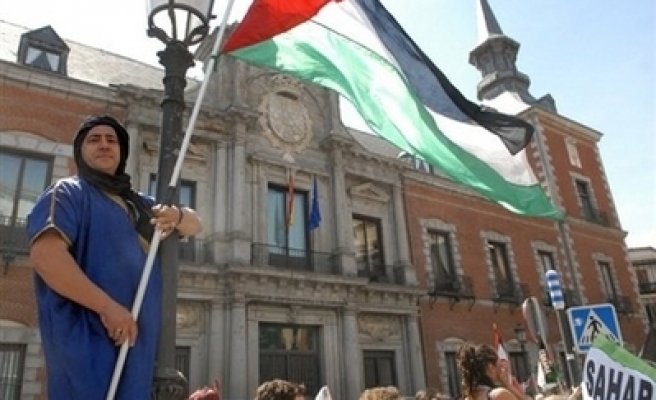 After six hours of contentious talks on Wednesday, the 15-member body unanimously passed a resolution endorsing a recommendation in UN chief Ban Ki-moon's report that "realism and a spirit of compromise by the parties are essential to maintain the momentum of the process of negotiations."

Morocco has offered broad autonomy to Western Sahara, a mainly desert territory it annexed after the withdrawal of former colonial ruler Spain and neighbor Mauritania in the 1970s.

But the Polisario Front is seeking a referendum with the option of full independence.

South Africa, Costa Rica and Panama voted in favor of the text in the interest of consensus.

But they registered strong reservations about the sponsors' refusal to accept amendments that would have inserted a reference to the need to respect human rights and would have avoided giving the impression that the council favored Morocco's proposal over that of the Polisario.

Resolution 1813 calls on the parties "to continue negotiations under the auspices of the secretary general without pre-conditions and in good faith... with a view to achieving a just, lasting and mutually acceptable solution, which will provide self-determination of the people of Western Sahara."

It also extends the mandate of the 483-strong UN mission for the referendum in Western Sahara (MINURSO), which expires Wednesday, for another year.

After 16 years of war, a ceasefire between Morocco and the Algerian-backed Polisario was declared in 1991.

But Rabat repeatedly pushed back a promised self-determination referendum and since 2002 has insisted such a plebiscite is not necessary.