Morocco and the Polisario independence movement have begun UN-sponsored direct talks in an attempt to settle their 32-year-old dispute over Western Sahara. 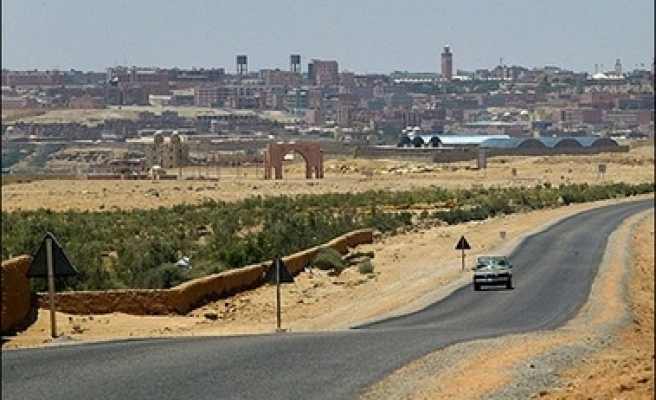 Morocco and the Polisario independence movement have begun UN-sponsored direct talks in an attempt to settle their 32-year-old dispute over Western Sahara.

Officials from the two sides, neighbouring Algeria, where the Polisario Front is based, and Mauritania will hold two days of discussions at a private estate near New York.

"We are going there with great optimism and with a strong willingness to definitively turn the page," Nabil Benabdellah, Moroccan government spokesman, said ahead of the talks.

The Polisario last year rejected a Morrocan proposal which offered a referendum on autonomy under its sovereignty.

"We are not opposed to having the Moroccan proposal presented to the Sahrawi people within the framework of a UN-supervised free and democratic referendum."

But he made it clear that the Moroccan plan must be presented alongside "other options, including full independence or incorporation in the Moroccan kingdom."

The UN has also invited representatives of the so-called Group of Friends of Western Sahara - France, Britain, Spain, the United States and Russia, but they will not take part in the direct talks.

Despite being portrayed as the best chance so far to reach a political solution, most diplomats and analysts said they could still see no way around the fundamental problem of whether or not Sahara is to become fully independent.

"Optimism may eventually be vindicated, but is likely to prove premature, since the underlying dynamics of the conflict have not changed," the International Crisis Group think tank said in a report.

An Arab diplomat said that just getting the two sides to sit down together was an achievement.

"It's very hard for them to talk to each other after many years without any contact," he said. "You need to build a lot of things before you get into substance. If you just have lunch, that's an achievement."

Morocco annexed the phosphate-rich northwest African territory after the withdrawal of the region's former colonial power Spain and neighbouring Mauritania in the 1970s, settling it with around 300,000 Moroccans in 1975.