Ban Ki-Moon urges countries to share the burden as 50,000 Iraqis leave every month. 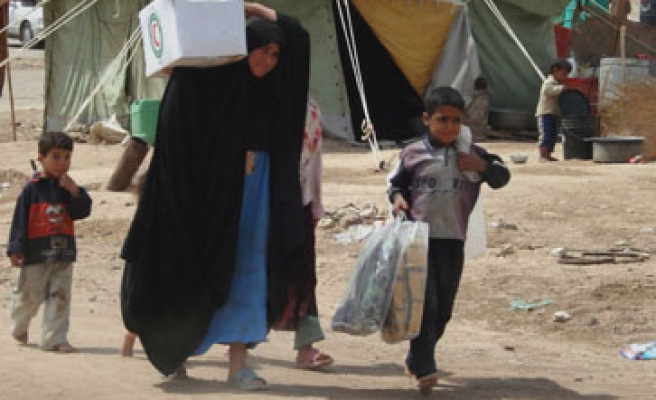 The United Nations secretary-general has urged Iraq's neighbours to keep their doors open to tens of thousands of people fleeing the violence in Iraq.

Ban Ki-moon also called on other countries to share the burden as he addressed an international conference on Tuesday about the growing number of displaced Iraqis.

More than 450 officials from 60 countries, along with aid groups, are meeting to explore ways to help the refugees.

"For neighbouring countries this means keeping borders open," Ban said. "For other countries it means continuing to provide asylum or other forms of protection."

Antonio Guterres, the UN high commissioner for refugees, told the conference the problem had gone unnoticed for too long.

The UNHCR estimates that around two million Iraqis have fled to neighbouring countries, including many who moved before 2003.

In addition, about 1.9 million Iraqis have been displaced within the country, according to the agency.

Most refugees have gone only as far as neighbouring Syria and Jordan, placing a strain on both countries by driving up the prices of housing and goods as well as stretching health care and other basic services.

About 750,000 Iraqis have increased Jordan's 5.5 million population by 14 per cent and more than a million have fled to Syria.

"We hope that this important conference results in a clear and firm commitment by the international community to take part in shouldering the great burden placed on Jordan and other host countries," he said.

About 50,000 people are still leaving Iraq every month, according to the UNHCR.

Reem Haddad, from the Syrian ministry for information, told Al Jazeera: "The number of Iraqi refugees in Syria amounts to about six per cent of Syrian population ... If they had not seen Syria as a sanctuary they wouldn't have come here."

"We are offering many free services here. Medical, education, employment ... However, this has caused some stress.

"It's time the governments of the world stepped in and delivered rather than just pledged."

Amnesty International, the London-based human rights group, said that the refugee problem threatens to spread across the whole of the Middle East unless action is taken.

"The Middle East is on the verge of a new humanitarian crisis unless the European Union, US and other states take urgent and concrete measures," it said.

The group called on governments to set up generous resettlement programmes that "should go far beyond token numbers and should constitute a significant part of the solution to the current crisis".

Washington has said it will allow about 7,000 Iraqis into the United States this year - up from only 202 in 2006 - and will contribute more to help Iraq's neighbours cope with the situation.

Human Rights Watch, a New York-based group, said in a statement that the US and Britain generated the conflict in Iraq must now help the fleeing Iraqis.

"The United States and the United Kingdom bear a particular responsibility to help people displaced in and out of Iraq," Bill Frelick, refugee director at HRW, said.

"They undertook a war that has directly caused thousands of deaths, widespread fear and suffering, and forced displacement."

UNHCR has said it wants to resettle permanently 20,000 of the most vulnerable Iraqi refugees by the end of the year.