U.N. minesweepers started checking a roadblock in Cyprus's ethnically-partitioned capital for booby traps on Wednesday in preparation for opening the crossing to pedestrian traffic for the first time in decades. 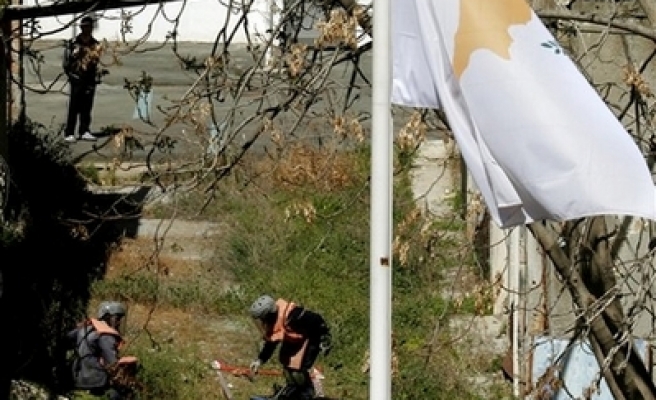 An 80 metre (yard) gap buttressed by decaying buildings separating Greek and Turkish Cypriots at the core of Nicosia is to be opened by early April, after a deal between leaders of the estranged communities to resume peace talks.

"Work has started to check the area for mines and we expect to be finished today," a spokesman for the U.N. mission on the island said. "This is the first step towards opening the crossing."

Central Nicosia is divided by a swathe of no-man's-land patrolled by United Nations peacekeepers first dispatched to quell inter-communal violence in 1964.

The island was split into Greek and Turkish Cypriot populated areas in 1974 after a Greek inspired coup.