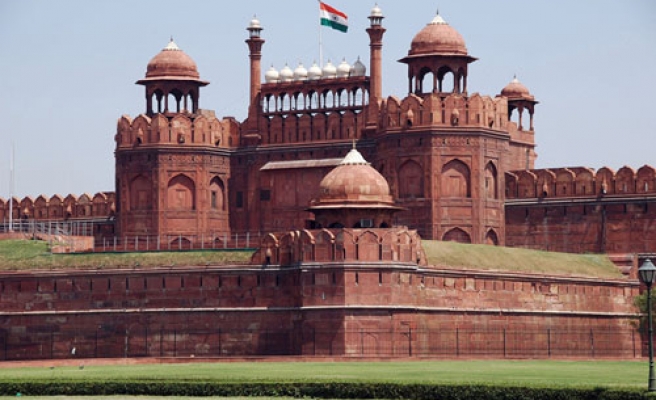 Sites from Australia, Japan, India and Turkmenistan were inscribed on UNESCO's cultural world heritage list Thursday after a previous announcement of seven new sites, according to a statementreleased by the committee meeting in Christchurch, New Zealand.

The four sites are Australia's Sydney Opera House, Japan's Iwami Ginzan Silver Mine and its cultural landscape, India's Red Fort Complex, and the Parthian Fortresses of Nisa in Turkmenistan.

The two natural sites are Teide National Park, Spain, and the Primeval Beech Forests of the Carpathian in Slovakia and the Ukraine.

The four cultural sites are the Richtersveld Cultural and Botanical Lanscape in South Africa; Twyfelfontein, Namibia; the Kaiping Diaolou and villages, China; and Samarra Archaeological City, Iraq. The Iraqi site was also placed on the list of world heritage sites in danger.

The committee also inscribed the ecosystem and relict cultural landscape of Lopé-Okanda, Gabon as a mixed site of cultural and natural significance.

The committee recognized Sydney Opera House's three interlocking shell-styled buildings set at the tip of a peninsula into the Sydney Harbour as a great artistic monument accessible to society at large.

Japan's Iwami Ginzan Silver Mine, on the south-west end of Honshu Island, is a cluster of mountains that rise to 600 metres, with deep river valleys below. The site extends to 442 hectares and includes remains of large-scale mines, fortresses and shrines.

India's Red Fort Complex, named for its massive enclosing walls of red sandstone, was built as the palace fort of Shahjahanabad, the capital of the fifth Mughal Emperor of India, Shahjahan (1628-58) and influenced later Indian architecture and garden design.

Therelatively undisturbed Parthian Fortresses of Nisa, Turkmenistan, was one of the earliest and most important cities of the Parthian Empire and a major power from the mid-3rd Century BC to the 3rd Century AD.

Spain's Teide National Park, on the island of Tenerife, covers 18,990 hectares and features the country's tallest volcano. The Primeval Beech Forests of the Carpathian, in Slovakia and the Ukraine, are 10 sites of undisturbed, temperate forests with pure stands of European beech across a variety of environmental conditions.

The Richtersveld Cultural and Botanical Lanscape comprises 160,000 hectares of dramatic mountainous desert in the north-west part of South Africa and Twyfelfontein, Namibia, has one of the largest concentrations of rock carvings in Africa, with over 2,000 figures documented to date.

The committee inscribed the Samarra Archaeological City, Iraq, on both the world heritage list and on the list of sites in danger.

Located on both sides of the River Tigris 130 kilometres north of Baghdad, Samarra was the site of a powerful Islamic capital city that ruled over the Abbasid empire for a century. Just 20 per cent of its unique architectural and artistic innovations have been excavated.

The ecosystem and relict cultural landscape of Lopé-Okanda, Gabon, was inscribed by the committee as a "mixed" site of cultural and natural significance for its dense and well-conserved rainforests and evidence of human passage from west to southern Africa, including rock-carvings, man-made shelters and evidence of iron-working.

The committee also decided to approve the extension of the natural site of Jungfrau-Aletsch-Bietschhorn, Switzerland.

The 31st session of the world heritage committee is meeting in the New Zealand city of Christchurch. The meetings, which run until July 2 and are closed to the public, will consider new site nominations, sites in danger, site management and protection. The committee will also draw up lists for possible future World Heritage sites.