UNESCO revised its name for the Auschwitz death camp in Poland to emphasize the German Nazi role and designated a Shiite holy city in Iraq where mosques have come under attack as an endangered world cultural treasure. 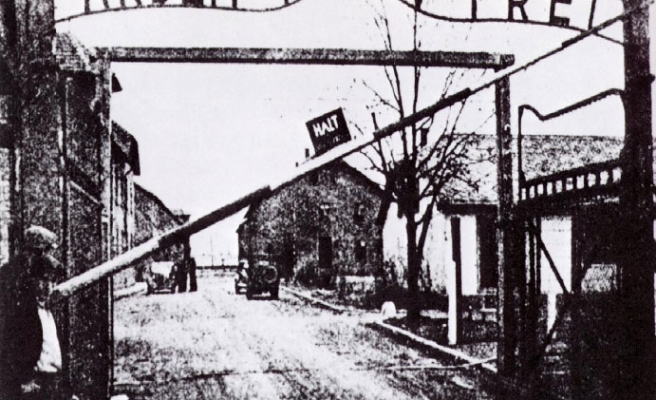 The Sydney Opera House was also named a world cultural site Thursday, along with the Iwami Ginzan Silver Mine in Japan, Parthian Fortresses of Nisa in Turkmenistan, and The Red Fort Complex in Delhi, India, said Roni Amelan, a spokesman for UNESCO's World Heritage Committee.

Auschwitz now will be known as "Auschwitz-Birkenau. German Nazi Concentration and Extermination Camp (1940-1945)," Amelan said. Previously the camp was listed on the U.N. agency's world heritage registry as the "Auschwitz Concentration Camp."

Poland, which was subjected to a brutal Nazi occupation, sought the name change to ensure that people understand it had no role in establishing or running the camp where the Nazis killed more than 1 million people, most of them Jews.

The camp was made a World Heritage Site by the U.N. Educational, Scientific and Cultural Organization in 1979.

Among the new sites inscribed Thursday on the World Heritage List were archaeological remains in the Iraqi city of Samarra. The committee did not mention the war in its announcement but said the site was listed as "in danger."

Insurgents have repeatedly targeted holy sites in Samarra. Earlier this month they blew up the minarets of the city's Askariya shrine.

The Samarra site stretches along the eastern bank of the Tigris river and includes the 9th century Great Mosque with its 170-foot-tall spiral minaret.

The 26-mile-long site "testifies to the architectural and artistic innovations that developed there and spread to the other regions of the Islamic world and beyond," the committee said.

Other sites added to the list include the Lope-Okanda landscape of Gabon, the Richtersveld mountainous desert of South Africa, the rock carvings of Namibia's Twyfelfontein region and 1,800 fortified tower houses in China's Guangdong province.

The Teide National Park on the island of Tenerife and ancient beech forests in central Europe were also designated World Heritage sites and an already protected area of Switzerland's high Alps site of Jungfrau-Aletsch Bietschhorn was nearly doubled in size.

Later Thursday the committee added the Mehmed Paa Sokolovic Bridge of Viegrad in Bosnia and Herzegovina, Canada's Rideau Canal, Bordeaux and Port of the Moon in France, and Greece's Old Town of Corfu.

The committee, meeting in the southern city of Christchurch,was considering up to two dozen other applications for addition to its list of more than 840 natural and cultural treasures.