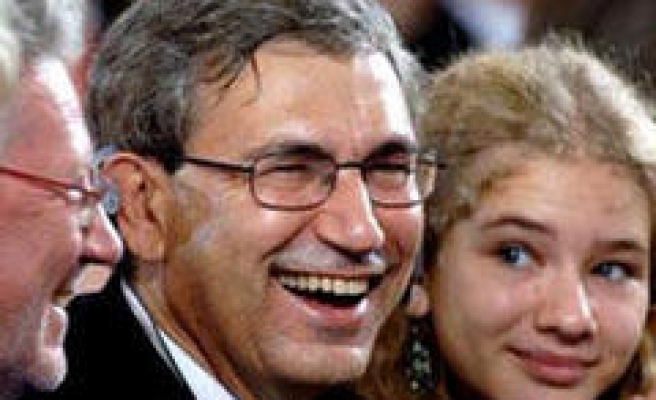 BU rector Prof. Dr. Ayse Soysal who delivered a speech at the ceremony, said Pamuk made a serious contribution to literature, and his works promoted Turkish language and literature in the world.

Pamuk who is also a former student of BU, said the Bogazici university has played a very important role in his life.

"There cannot be a better, more distinguished place to be be made doctor honoris causa in Turkey and in the world", he added.

In his speech Pamuk also stressed importance of free thinking saying "free thought that provides freedom, peace and well-being of societies is only possible with the co-existence of the feeling of responsibility and the irresponsible creative child in us."

Sweden's Consul Generate to Istanbul, Ingmar Karlsson was among the participants of the ceremony.