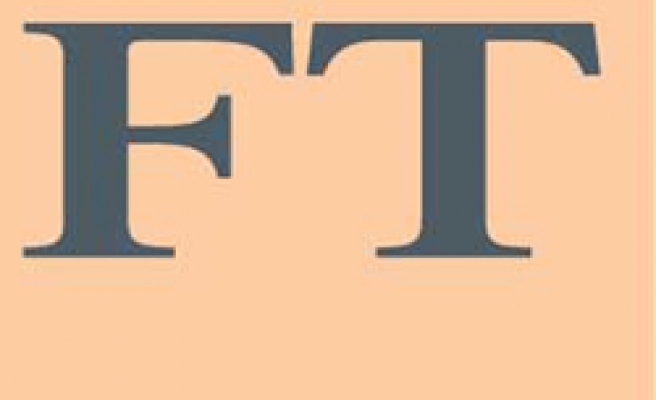 Imagine any European country where the judiciary suddenly calls for the disbandment of the ruling party, as well as a ban on the prime minister and the president – only months after the elected government, under political siege from factional interests, takes its case to the people and wins a landslide. Welcome to Turkey.

Turkey is in the throes of difficult membership negotiations with the European Union, much to the changing of the current governments in France and Germany.

'BATTLE BETWEEN GOVERNMENT AND ESTABLISHMENT'

But its accession prospects are also clouded by the battle of wills between the neo-Islamist – and pro-European – government of Recep Tayyip Erdogan, and a secularist establishment that regards itself as European but seems determined to unseat the ruling Justice and Development party (AKP) by fair means or foul.

However much they are covered with a figleaf of constitutional legitimacy, these efforts amount to a naked coup d'etat by forces unable to win power at the polls. If they come even close to success, Turkey really can forget about Europe.

It had looked as though this struggle was resolved. Turkey was last summer engulfed in a constitutional crisis after the army issued an elliptical ultimatum – on its website – saying Abdullah Gul, foreign minister, could not be trusted as president, and therefore guardian of the secular heritage of the republic created by Mustafa Kemal Ataturk, because his wife wears the Muslim headscarf.

Mr Erdogan called elections and hugely increased the AKP's share of the vote to 47 per cent. Turks stood four-square with democracy as the generals tripped over their clumsy digital démarche – and Mr Gul is now their president.

'A CASE WITHOUT MERIT'

Now the chief prosecutor has called on the constitutional court to upturn the political order, alleging the AKP is pursuing an anti-secular agenda. His case is without merit.

There is a strong whiff of class resentment about the establishment case that the AKP – the voice of the socially conservative, religiously observant, but dynamic and entrepreneurial middle classes of central Anatolia – is pursuing theocracy by stealth. The real case against the government is its lassitude in pursuing reform and EU accession – especially after Mr Gul's elevation.

'THAT IS A SHAME; THERE IS AN ISSUE OF EQUILTY'

That is a shame. Triumphantly re-elected, and with new hope for a deal to resolve the Cyprus dispute, Mr Erdogan has a strong platform. But he is using it to swagger around the country giving populist speeches and to change the law to allow girls to wear headscarves at universities. There is an issue of equity here – if the Kemalist dress-code is denying women further education. But it is not more important than, for instance, repealing Article 301 of the penal code, under which writers are being prosecuted for the crime of insulting "Turkishness".

'ERDOGAN SHOULD GO ON'

Mr Erdogan should stop stalling and resume the constitutional revolution over which he has presided.