The Bush administration has been cool to Turkish-sponsored indirect peace talks between Israel and Syria. 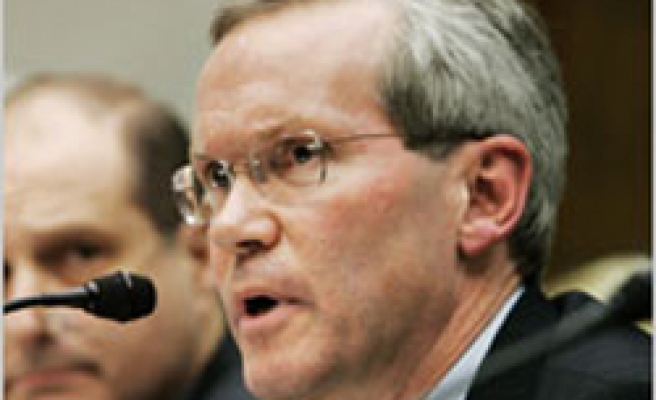 The U.S. State Department on Wednesday canceled plans to meet three Syrians making a private visit to Washington and gave no detailed explanation of its abrupt reversal.

"Representatives from the State Department will not meet with this group from Syria," State Department spokesman Gonzalo Gallegos told reporters. "Upon review of their program, and changes in schedules, ultimately, (it) did not work out."

On Monday Gallegos said Assistant Secretary of State David Welch, the top U.S. diplomat for the Middle East, was prepared to meet the Syrians, whose visit is sponsored by Search for Common Ground, a nongovernmental organization that promotes conflict resolution.

On Tuesday, a U.S. official who asked not to be named said Welch might not be in Washington for the meeting, which was expected to take place on Friday, and said another U.S. diplomat would take his place.

Pressed on the reasons for the abrupt cancellation of the meeting, the spokesman gave no additional explanation.

The State Department has made clear the planned meeting did not signal warmer ties or any greater U.S. interest in Israeli-Syrian peace talks that are being brokered by Turkey.

The U.S. ambassador to Syria was recalled in February 2005, following the assassination of former Lebanese Prime Minister Rafiq Hariri, and not been replaced.

Syrian foreign ministry adviser Riad Daoudi, who has led the Syrian delegation in Turkish-sponsored indirect talks with Israel, was expected to visit Washington with the group but stayed in Damascus for consultations with Turkish officials.

The Bush administration has been cool to Turkish-sponsored indirect peace talks between Israel and Syria.