U.S., Afghan and Pakistani officers opened the first of six joint military intelligence centers along the Afghan-Pakistan border, an effort to check on fighters' movement. 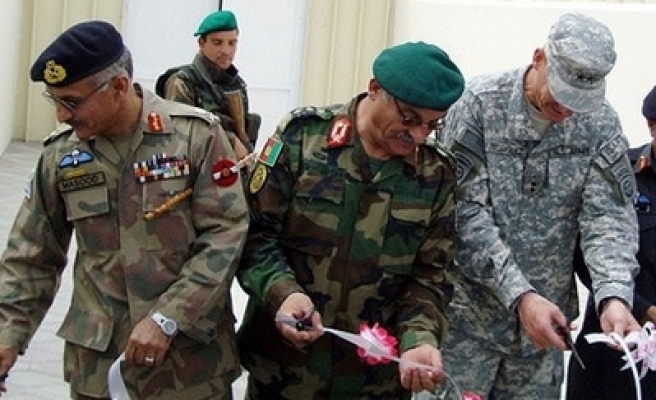 The military centers, to be staffed by about 20 personnel from the three countries, also will allow Afghan and Pakistani officials to use America's intelligence-gathering might.

The officers can watch live video feeds from U.S. spy planes in the centers _ real-time information that can be relayed back to ground forces on both sides.

Maj. Gen. David Rodriguez, the commander of U.S. troops in Afghanistan, told about 100 military personnel from the three countries at a ribbon-cutting ceremony Saturday at a small border outpost that they were taking a giant step forward in cooperation, communication and coordination."

Three of the coordination centers, which cost about US$3 million each, were to be built in Afghanistan and three in Pakistan, said U.S. Brig. Gen. Joe Votel.