Russian expert suggests "elements of a US missile shield will be placed not only in Lithuania, but also in all territories bordering Russia and controlled by NATO." 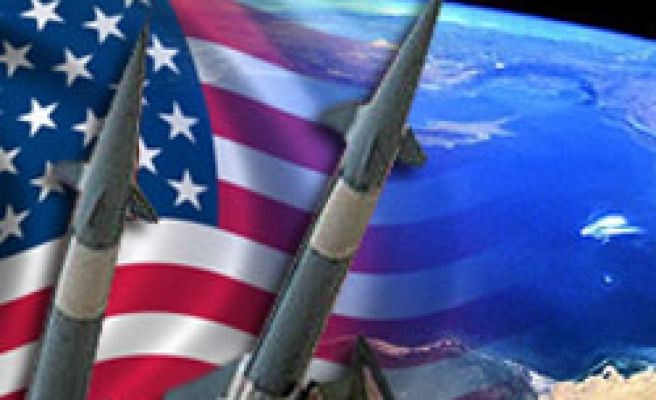 Commenting on reports that the United States and Lithuania were formally discussing deploying elements of the U.S. missile shield in the ex-Soviet Baltic state should Warsaw reject Washington's plans to station 10 interceptor missiles in Poland, Leonid Ivashov, the head of the Moscow-based Academy of Geopolitical Sciences, said: "We should expect that elements of a U.S. missile shield will be placed not only in Lithuania, but also in all territories bordering Russia and controlled by NATO."

So far, the Czech Republic has agreed to host an early-warning radar on its territory. Poland has taken a tough stance in missile talks with the U.S., demanding that Washington upgrade its air defense systems in return.

RIA Novosti quoted the expert as saying "the main purpose of the U.S. global missile shield was to neutralize Russia's nuclear potential by 2012-2015 and that NATO eastward expansion was part of this plan."

He told agency Ukraine's and Georgia's possible accession to NATO would have dire consequences for Russia's defense capability.

"There is no doubt that elements of the U.S. missile shield will be placed in Georgia and Ukraine immediately after they join NATO," the analyst said, adding that Ukraine already had radars [in Mukachevo and Sevastopol] that may be used against Russia.

"The U.S. wants to create an impenetrable shield capable of intercepting and destroying Russian nuclear missiles on launch pads, in the initial trajectory, in orbit and on the final trajectory," he said.

Ivashov criticized the Russian leadership for "wasting time in empty rhetoric with the West," rather than taking concrete steps to counter the looming threat, the report said.

He suggested that Russia should threaten to sever all relations with NATO if the U.S. missile shield is eventually placed in Europe.

"Russia must also warn the European countries that...in case of a potential military confrontation...capitals, large cities, industrial and communications centers of the countries hosting elements of the U.S. missile shield will inevitably become the primary targets of [Russian] nuclear strikes."