The U.S. Army and Marine Corps let 861 convicted felons join their ranks in 2007, an 88 percent jump over the previous year to meet recruiting goals in wartime, according to data released on Monday. 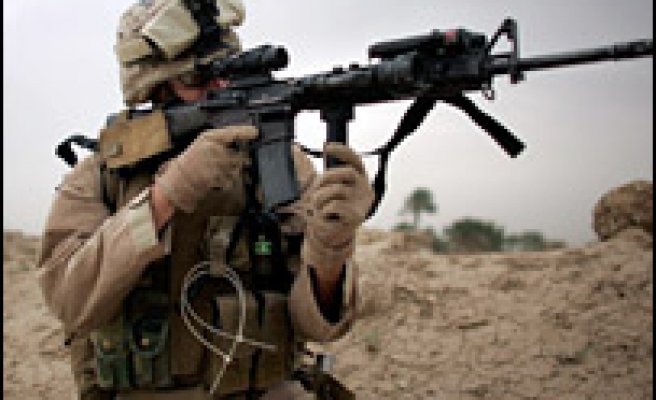 The Army, the largest branch of the U.S. military, gave felony waivers to 511 recruits last year, up from 249 in 2006, according to the figures released by a congressional panel. The Marine Corps granted 350 waivers, up from 208 the year before.

The waivers for convictions ranging from assault and burglary to manslaughter and sex crimes allowed the military to enlist people otherwise precluded by recruitment standards.

Nearly 250 recruits were granted waivers for their burglary convictions -- 142 from the Marine Corps and 106 from the Army. Another 87 waivers were granted for recruits convicted of aggravated assault.

Both the Army and Marine Corps also granted waivers to recruits convicted of making terrorist threats, including bomb threats. The Marine Corps granted five such waivers in 2007 while the Army granted two.

The Marines gave waivers to 11 people convicted of carrying a weapon on school grounds.

"We are a reflection of American society and the changes that affect it: today's young men and women are more overweight, have a greater incidence of asthma and are being charged for offenses that in earlier years wouldn't have been considered a serious offense, and might not have resulted in charges in the first place," he said in an e-mail.

The Army will not give waivers to recruits convicted of sexually violent offenses, drug trafficking or drug sales, Boyce said.

The Marine Corps was not immediately available to comment.

The data was released by the committee on oversight and government reform of the U.S. House of Representatives.