US asks for increased security in Turkey embassies

U.S. Ambassador to Turkey said that gunmen opened fire on the police post at the main entrance of the U.S. consulate at around 11.00 a.m. "The police responded effectively and quickly," 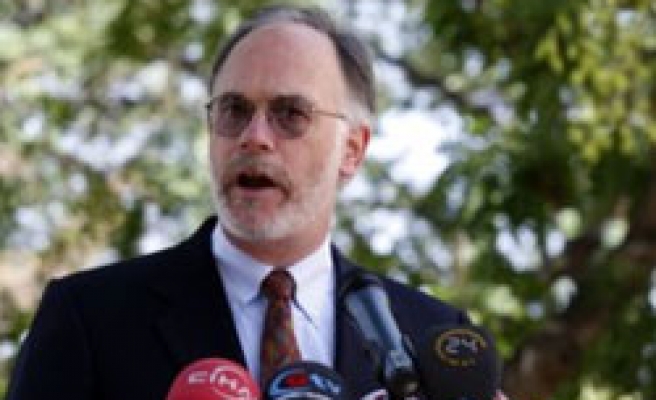 U.S. Ambassador to Turkey Ross Wilson denounced the armed attack outside the U.S. Consulate General in Istanbul as an "act of terror", and said that Turkish and American security officials were working together to clarify details of the attack.

Addressing journalists at a news conference at the embassy building, Wilson offered U.S. government's and his condolences to families of three police officers who lost their lives in the attack.

Wilson said that gunmen opened fire on the police post at the main entrance of the U.S. consulate at around 11.00 a.m. "The police responded effectively and quickly," he said and expressed their gratitude to Turkish police for their efforts to guard the U.S. official buildings in the country.

He said that he talked to Ertugrul Apakan, undersecretary of the Turkish Ministry of Foreign Affairs, shortly after the attack. Wilson told reporters that Apakan expressed their determination to protect the staff at the U.S. Embassy and consulates.

"It is enough to say they are terrorists who carried out a dastardly and cowardly attack against the U.S. diplomatic mission and Turkish police. Our two countries stand together in the fight against international terrorism," he said.

Asked whether the attack was connected with the recent Ergenekon probe in Turkey, Wilson said that they did not have any information associating the two events to each other.

Wilson said that they asked for increased security presence at the U.S. diplomatic missions in Istanbul, Ankara and Adana after the attack.

He added that the United States would be a close friend and ally of Turkey and that acts of terror could not damage relations between the countries.