US B-1 bomber catches fire in Qatar

The B-1 Lancer is a supersonic, long-range bomber which carries a crew of four people. 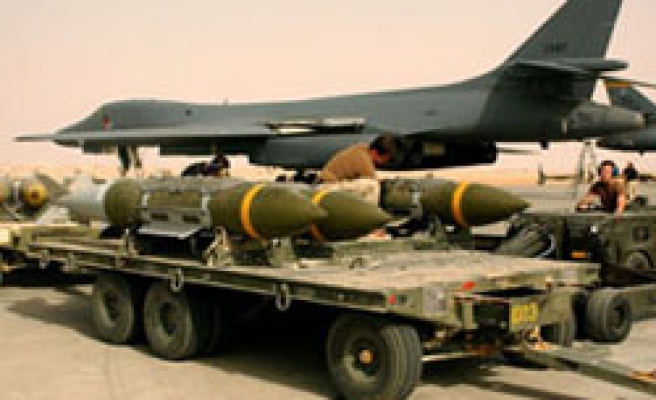 A US military aircraft caught fire after it landed at the al-Udeid military base about 35km south of the Qatari capital Doha.

US military officials said late on Friday that the four crew members of the B-1 bomber all escaped from the aircraft safely.

"A US Air Force B1 while taxiing after landing at al-Udeid was involved in a ground incident and caught fire at 2110 local time [1810 GMT]" a statement from the military said.

"The crew evacuated the aircraft and is safe. The fire was contained."

A US defence official, who spoke to the AFP news agency on condition of anonymity said that the bomber had hit something while taxiing.

Earlier reports had suggested that the aircraft had crashed while landing at the base.

The B-1 Lancer is a supersonic, long-range bomber which carries a crew of four people.

Last month, a B-1 bomber slid off the runway at Anderson Air Force base on Guam, crashing into a group of emergency vehicles.

The military reported that there were no injuries and no fatalities as a result of that accident.