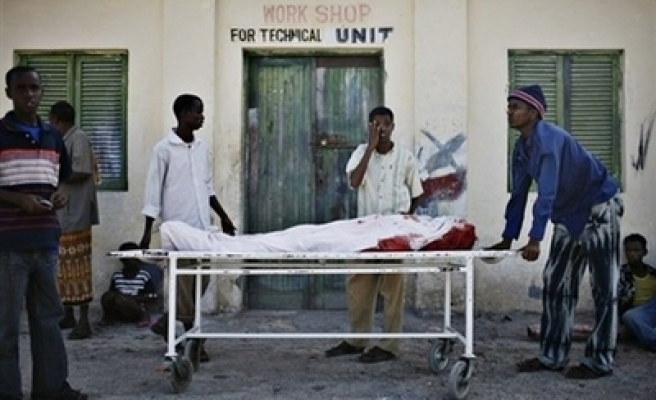 "It was later in the night -- around 3.00 am -- when a US aircraft dropped three bombs into the Dhoble town. They fired at three targets, including two houses and four civilians were killed," said elder Abdullahi Sheikh Duale.

Sheikh Mukhtar Robow, a spokesman for the Islamist movement which is leading an insurgency against the Somali government, confirmed the attack.

"I can confirm to you that the Americans bombed the town and hit civilians targets thinking that they were Islamist hideouts. They used an AC 130 plane," Robow said.

If confirmed, this would be at least the third time the US military will have conducted operations inside Somalia since 2007.

The US military's Combined Joint Task Force/Horn of Africa is based in Djibouti and patrols the Indian Ocean and the Gulf of Aden with the aim of reducing the threat of terrorism.