U.S. calls on North Korea to come clean on uranium

"Thus far we don't have the answers we need on either," Rice said. 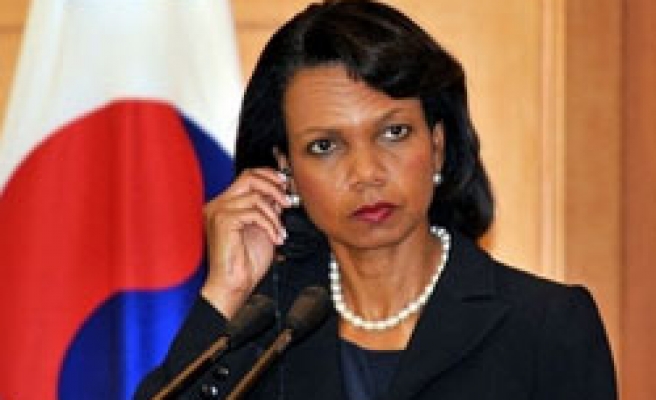 North Korea did not answer U.S. suspicions of enriching uranium and proliferating technology when it released an inventory of its nuclear plans this week, U.S. Secretary of State Condoleezza Rice said on Saturday.

On Thursday, secretive North Korea delivered a long-delayed list of its nuclear activities, as it was required to do in a six-way disarmament-for-aid deal. The inventory mostly outlined Pyongyang's programme to produce arms-grade plutonium.

"Thus far we don't have the answers we need on either," Rice said in a joint news conference with South Korean Foreign Minister Yu Myung-hwan.

North Korea has denied U.S. accusations of proliferating technology to the likes of Syria and having a clandestine programme to enrich uranium for weapons.

"At end of this, let me just emphasise again, at the end of this we have to have the abandonment of all programmes, weapons and materials," Rice said.

She called on the North to live up to its obligations under the deal it reached with China, Japan, Russia, South Korea and the United States.

In a symbolic move to show its commitment to the international nuclear deal, North Korea toppled the cooling tower at its plutonium-producing reactor on Friday.

In its first reaction since submitting the declaration, North Korea later on Friday welcomed U.S. moves to drop it from a terrorism blacklist and called on Washington to halt its hostile policy toward it.

Officials involved in the nuclear talks are hoping to soon convene a new session that will look at verification steps and the scrapping of the North's nuclear weapons programme in exchange for massive aid and an end to its status as a global pariah.

Responding to the opening by Pyongyang, the United States moved on Thursday towards taking the North off its list of state sponsors of terrorism and issued a proclamation lifting some sanctions under the Trading with the Enemy Act.

Once it is removed from the list, North Korea, which tested a nuclear device in October 2006, will be able to better tap into international finance.

Given the small size of North Korea's rickety economy, any increases in investment and trade could have major effects, experts said, adding however that increased revenue would likely make its way to Pyongyang's leaders and further solidify their rule.