US conducting internal survey to measure mental health of diplomats

The State Department is conducting an internal survey to better help diplomats cope with the stress of assignments in places like Iraq and Afghanistan, a Department official said in testimony to Congress. 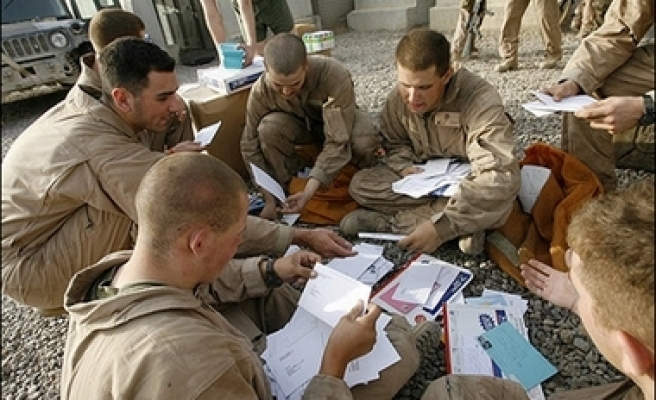 The State Department is conducting an internal survey to better help diplomats cope with the stress of assignments in places like Iraq and Afghanistan, a Department official said in testimony to Congress.

Laurence Brown, the head of the State Department's Office of Medical Services, told a House of Representatives subcommittee that his office posted the anonymous survey on the Department's intranet system on June 1, and will collect results for a month.

"The war in Afghanistan and in Iraq represent another level of stress due to the high levels and widespread incidence of violence that involve greater numbers of serving Foreign Service employees than past incidents," Brown said.

This has resulted "in larger number of acute anxiety reactions and we might well expect an increase un numbers of those with PTSD (post traumatic stress disorder) as well," he said.

Brown said the survey "asks specifics about what stresses and dangerous situations an employee was exposed to, what they did about it, and what counseling or other treatments they may have sought" since returning to the United States.

Officials "will use the information from the survey ... to develop additional support programs or services if needed," he said.

Foreign Service members "are not soldiers and are not trained for combat," said Steven Kashkett, vice president of the professional association that represents US Foreign Service personnel.

"Yet in Iraq, they are often directly exposed to conditions of war which they may not always be well-adapted to cope," said Kashkett, who also testified before the House panel.

Diplomats assigned to the US embassy in Baghdad "experience frequent incoming fire in the Green Zone and sleep in vulnerable aluminum trailers," Kashkett said, while diplomats working in other parts of Iraq often live with the US military "in combat areas and work entirely in a 'red zone' environment.

"Not surprisingly, some of our members who have returned from these postings have complained of symptoms that are clearly associated with post-traumatic stress disorder," Kashkett said.

Although numbers are still sketchy, "preliminary results from the State Department survey suggest that it may affect some 40 percent or more, similar to what has been reported for the US military."

Many US diplomats returning from Iraq "have commented that they had little opportunity for proper counseling before, during, or after their assignments," Kashkett said.

Some even felt they were penalized for mentioning concerns about post-traumatic stress disorder "by having their medical or security clearances suspended," Kashkett added. Last Mod: 25 Haziran 2007, 18:18
Add Comment