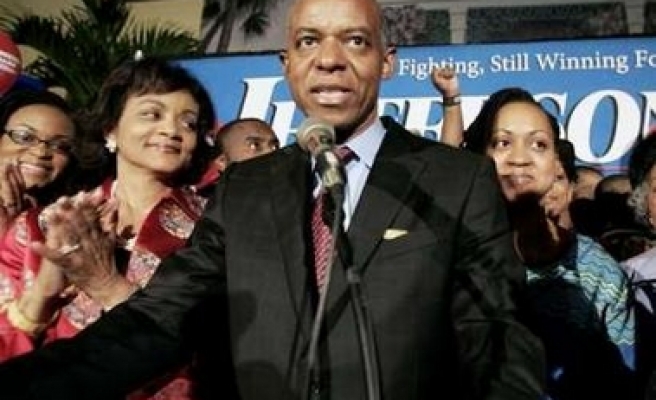 The charges were announced nearly two years after federal agents reported finding 90,000 U.S. dollars in a freezer in his Washington home, according to reports from U.S. media outlets.

"This case is about greed, power and arrogance," said Joe Persichini, director of the FBI's Washington field office, which led the investigation.

In addition to the racketeering and solicitation charges, Jefferson has also been charged with money laundering, wire fraud, conspiracy and violating the Foreign Corrupt Practices Act.

He thus became the first sitting member of Congress to be charged under the Foreign Corrupt Practices Act, which prohibits corporate bribery.

The charges are based on 11 schemes in which the congressman allegedly solicited bribes for himself and his family from government and business officials in the United States, Nigeria, Botswana, Equatorial Guinea and Sao Tome e Principe.

The indictment in federal court in Alexandria, Va. lists 16 alleged violations with prison terms totaling as much as 235 years.

Jefferson can't be reached for comment Monday and the congressional leadership hasn't talked about any plan to deal with him. Last Mod: 05 Haziran 2007, 10:51
Add Comment