A US judge ruled that any religious text, not just a Bible, may be used to swear by witnesses or jurors in courtrooms. 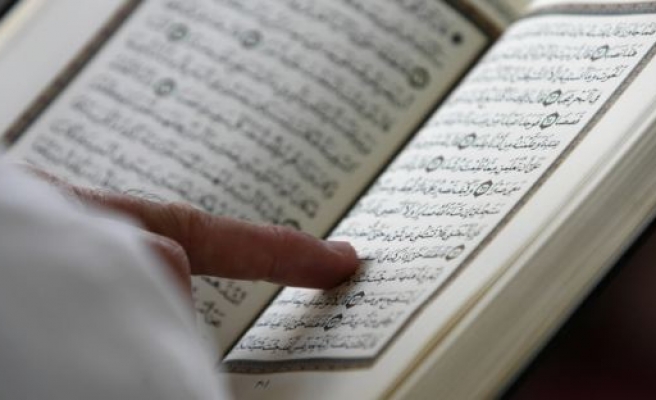 A US judge ruled on Thursday that any religious text, not just a Bible, may be used to swear by witnesses or jurors in courtrooms.

The ruling by Superior Court Judge Paul Ridgeway in Wake County, North Carolina, resulted from a lawsuit challenging a state law that could be interpreted as requiring courts to use the Bible alone. The plaintiff, Syedah Mateen, wanted to swear on the Holy Koran on the ground that she should be allowed to use a book she believed in.

The state has 30 days to appeal the ruling, which may open the door for Muslims across the US to take oath on the Holy Koran.

“We welcome this ruling as an expression of our nation's constitutional commitment to religious diversity and tolerance," said CAIR Legal Director Arsalan Iftikhar.

In the lawsuit, the American Civil Liberties Union argued that a law - that some judges said required the state's courts to use the Bible alone - is unconstitutional because it favours Christianity over other religions.The ACLU sought a court order clarifying that the law is broad enough to allow the use of multiple religious texts, or else declare the statute unconstitutional.

North Carolina State law allows witnesses preparing to testify in court to take their oath in three ways: by laying a hand over “the Holy Scriptures,” by saying “so help me God” without the use of a religious book, or by an affirmation using no religious symbols.

A trial court judge initially dismissed the ACLU's lawsuit in December 2005, ruling it was not because there was no actual controversy at that time warranting litigation. In January, the ruling was reversed by a unanimous three-judge panel of the state Court of Appeals, after the ACLU had added Mateen as a plaintiff. In its decision, the appeals court cited Mateen's claim that her request to place her hand on the Holy Koran as a witness in a domestic violence case in Guilford County was denied in 2003.

Before the ACLU filed its lawsuit, the group and the Washington-based Council on American-Islamic Relations had asked the state's court system to allow use of the Holy Koran and other religious texts in courtrooms. The director of the state court system refused, saying the General Assembly or the courts needed to settle the issue.