US court: 'Mentally ill defendant can be own lawyer'

The U.S. Supreme Court considered on Wednesday whether mentally ill criminal defendants who have been found competent to stand trial must be allowed to represent themselves. 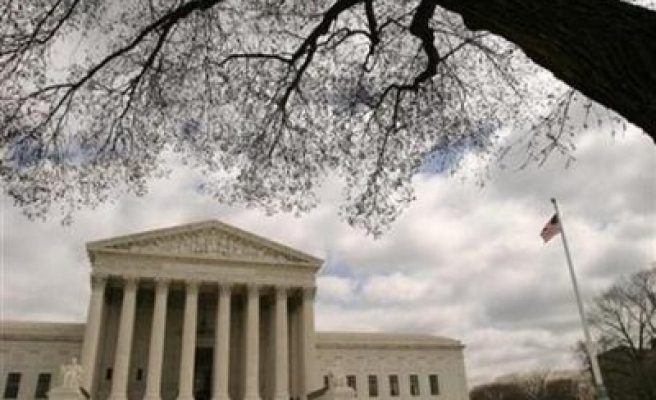 Attorneys representing Indiana and the Bush administration argued before the high court that a judge can reject a request from such a defendant to be his own lawyer to prevent the trial from becoming a farce.

Indiana Solicitor General Thomas Fisher and U.S. Deputy Solicitor General Michael Dreeben said the government's interest in the fairness of criminal proceedings can outweigh a defendant's request to proceed as his own lawyer.

But attorney Mark Stancil, representing the defendant in the case, said eliminating the right of self-representation violated a fundamental constitutional principle.

The case involved Ahmad Edwards, who was convicted of attempted murder and other charges in 2005 following a shooting outside an Indianapolis department store in 1999.

Edwards suffers from mental illness, including schizophrenia and delusions. He spent most of the five years after the shooting in state psychiatric facilities.

But by 2005, he was found by psychiatrists and the judge to be competent to stand trial, able to consult with his lawyer and having a rational understanding of the proceedings against him.

Although Edwards wanted to act as his own lawyer, the judge denied his request. Represented by a lawyer, Edwards was convicted and sentenced to 30 years in prison.

Of the nine Supreme Court members, Justice Antonin Scalia seemed most supportive of allowing defendants like Edwards a chance to represent themselves.

"By waiting to see if in fact he will turn the trial into a farce, you avoid the risk of depriving him of his right to represent himself, which is certainly a very important constitutional right," Scalia said.

Fisher said a defendant's right to self-representation can be overridden by the state when the defendant cannot communicate coherently with the judge or jury.

Several justices seemed concerned about the difficulty trial judges would face if they have to allow defendants like Edwards to represent themselves.

Justice Ruth Bader Ginsburg cited some of the letters Edwards had sent to the judge. "If this is how this man speaks and thinks, how could a jury be exposed to it? It would be gibberish."

Justice David Souter appeared opposed to Stancil's proposal of allowing self-representation and then having a lawyer assume control if problems occur. "By the time a standby lawyer is required to take over, the damage is done."

Stancil said Edwards lucidly answered legal questions from the judge. But Justice Anthony Kennedy did not appear persuaded. "There are all kinds of nuts who could get 90 percent on the bar exam," Kennedy said.

A ruling is expected by the end of June.