A US court has ruled that American taxpayers cannot challenge a White House initiative which dips into federal coffers to fund social activities run by religious charities. 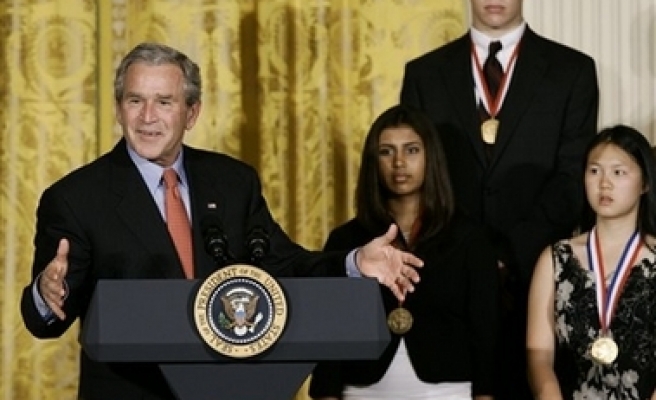 A US court has ruled that American taxpayers cannot challenge a White House initiative which dips into federal coffers to fund social activities run by religious charities.

The Supreme Court's conservative majority overturned a lower-court ruling, effectively blocking the lawsuit by the Freedom from Religion Foundation and three of its members.

The court on Monday ruled by a 5-4 vote that the group of atheists and agnostics had no legal right to file the lawsuit.

Monday's ruling on financial aid for faith-based groups did not address whether the programme itself violated the US constitution's requirement on the separation of church and state.

Justice Samuel Alito said in the majority ruling that payment of taxes is generally insufficient to establish the legal right to challenge a federal government action.

"If every federal taxpayer could sue to challenge any government expenditure, the federal courts would cease to function as courts of law would be cast in the role of general complaint bureaus," he wrote.

George Bush, the US president, reacted to the decision saying it was "a substantial victory for efforts by Americans to more effectively aid our neighbours in need of help".

Bush created the White House Office of Faith-Based and Community Initiatives and similar centres in various federal agencies in 2001 aimed at fighting poverty, substance abuse and other social problems.

Opponents said although disappointing, the ruling has minimal impact and will not block other lawsuits against the White House initiatives.

Reverend Barry Lynn, of the group Americans United for Separation of Church and State, said the decision "blocks the courthouse door for Americans with legitimate church-state grievances".

He said the ruling applied to only a few situations, adding that "most church-state lawsuits will not be affected".

A White House report said a total of $2.1bn federal funding was given to religious charities in 2005, up seven per cent from the previous year.

The figure represented 10.9 per cent of the grants from the seven federal agencies providing money to faith-based groups.
Last Mod: 26 Haziran 2007, 11:31
Add Comment