Students cannot be assigned to public schools because of their race, the US Supreme Court ruled in a significant civil rights decision that casts doubt on integration efforts adopted across the country. 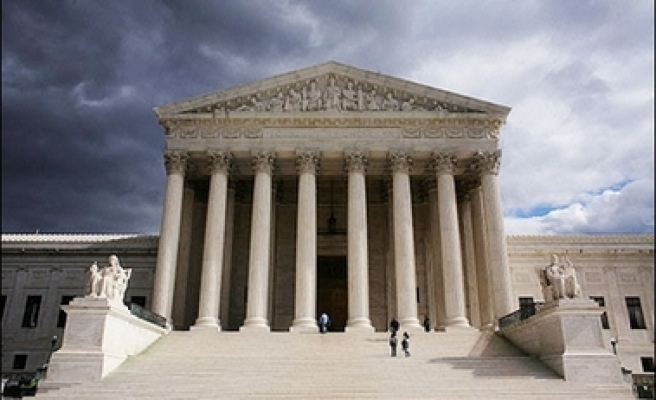 Students cannot be assigned to public schools because of their race, the US Supreme Court ruled on Thursday in a significant civil rights decision that casts doubt on integration efforts adopted across the country.

By a 5-4 vote on the last day of its term, the court’s conservative majority struck down voluntary programs adopted in Seattle and Louisville, Kentucky, to attain racial diversity in public school classrooms.

The ruling added to a string of decisions this term in which President George W. Bush’s two appointees — Chief Justice John Roberts and Justice Samuel Alito — have shifted the court sharply to the right on divisive social issues like abortion.

It also fueled vows by Democratic presidential candidates to change the court’s direction and reduce racial inequality in schools.

“The next president of the United States will be able to determine whether or not we go forward or continue this slide.” Delaware Sen. Joseph Biden said in a candidates’ debate at historically black Howard University in Washington.

The court’s four liberal members said in a bitter dissent that the ruling threatened the Supreme Court’s historic Brown v. Board of Education decision in 1954 that outlawed racial segregation in US public schools.

“The last half century has witnessed great strides toward racial equality, but we have not yet realized the promise of Brown,” Justice Stephen Breyer wrote. “This is a decision that the court and the nation will come to regret.”

Justice John Paul Stevens, in a separate dissent, said, ”There is a cruel irony in the chief justice’s reliance on our decision in Brown v. Board of Education.”

The Supreme Court addressed similar issues in 2003 when it ruled by 5-4 that racial preferences could be used in university admission decisions. Since then, Alito replaced the author of that opinion, the more moderate Justice Sandra Day O’Connor.

Roberts and Alito were joined by Justices Antonin Scalia, Anthony Kennedy and Clarence Thomas, the court’s only black member, who wrote a separate opinion emphasizing his view that the US Constitution was “colourblind.”

Kennedy agreed the two programs must be struck down, but he refused to go as far as the other conservatives wanted.

Kennedy’s opinion held that public schools may use ways other than race-based assignments to schools to foster diversity, such as the drawing of school boundary lines.

It marked the first time the court had addressed a school district’s voluntary use of race-based pupil assignments for a purpose other than to remedy the effects of past segregation. The ruling could force the revamping of race-based admissions and school selection procedures nationwide.

In one case, Seattle used race as a tie-breaking factor in deciding who gets into certain public high schools when too many students sought admission.

In the other case, the Louisville area school district used similar racial guidelines to keep black student enrollment at most elementary, middle and high schools between 15 percent and 50 percent.

The court majority struck down both programs — a position the Bush administration had recommended.

“Once again, the Roberts court has shown its willingness to erode core constitutional guarantees,” New York Sen. Hillary Clinton said in a statement.

Opponents of the programs applauded the ruling. “Now, an estimated 1,000 school districts around the country that are sending the wrong message about race to kids will have to stop,” said Sharon Browne of Pacific Legal Foundation. Last Mod: 29 Haziran 2007, 13:07
Add Comment