'US-Czech radar agreement may be signed on May 5'

An agreement on the deployment of a U.S. missile defense radar in the Czech Republic may be signed in Prague on May 5, a Czech daily reported on Tuesday. 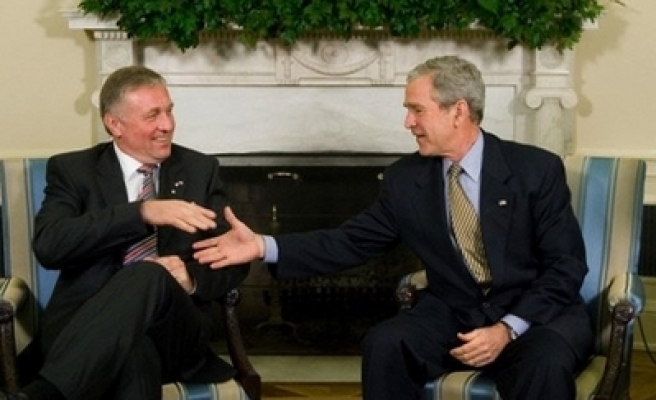 The radar will be located in the Brdy military district, some 90 kilometers (55 miles) southwest of Prague as part of a U.S. missile shield in Central Europe, which also includes a military base containing 10 interceptor missiles in Poland.

"The negotiations on the main radar agreement should be completed by the Bucharest NATO summit next week, but it will be ready for signing at the end of April or the beginning of May at the latest," Hospodarske Noviny quoted Tomas Pojar, Czech first deputy foreign minister and chief negotiator at the radar talks with the U.S., as saying.

The newspaper said May 5 was a symbolic date that coincided with both the anniversary of the Prague anti-Nazi uprising at the end of World War II and with a NATO conference on missile defense in Prague that may be attended by U.S. Secretary of States Condoleezza Rice.

Hospodarske Noviny also said the agreement could be signed at an earlier date, on April 28, when Czech Foreign Minister Karel Schwarzenberg visits the United States.

As part of the deal, Prague is demanding open access to at least five U.S. military research projects and a visa facilitation agreement with the United States.

Czech President Vaclav Havel reaffirmed his support for the missile defense agreement with the U.S. despite strong domestic opposition against the radar placement plans.