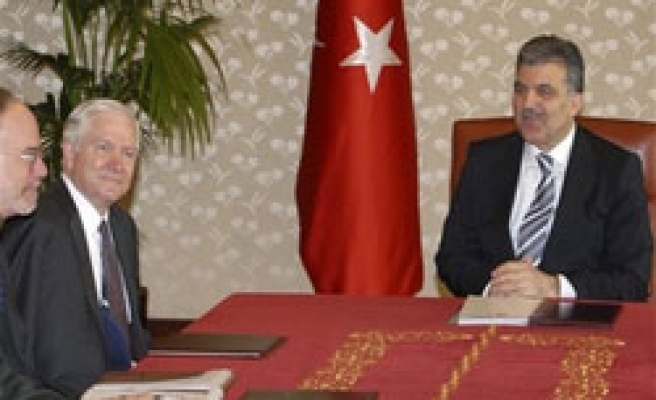 "Part of our talks with the Turkish government was indeed missile defense. I must tell you the focus of the talks at the time primarily dealt with the cross-border operation into northern Iraq, but missile defense did come up during the course of our talks, not only with the Turkish military, but with President Gul and Prime Minister Erdogan, not that it was so much an issue here," Geoff Morrell told reporters at a daily press briefing.

When asked to speak about the details of the issue, Morrell said, "I can't. It was a subject of discussion, but I don't think we want to get into specifics at this point."

Recalling that Gates talked about the PKK at press conference last week, Morrell said, "I just want to reiterate this notion that in no way is anybody in this department advocating that we sit down and negotiate with terrorists."

"What has been suggested is that there needs to be a comprehensive approach to dealing with the Kurdish problem that the Turks face. And the secretary and others have advocated that there needs to be outreach to the larger Kurdish community so that you can diminish the pool from which the PKK recruits," Morrell said.