The US deputy attorney-general has announced his resignation, becoming the highest-ranking Bush administration casualty in the furore over the firing of several prosecutors. 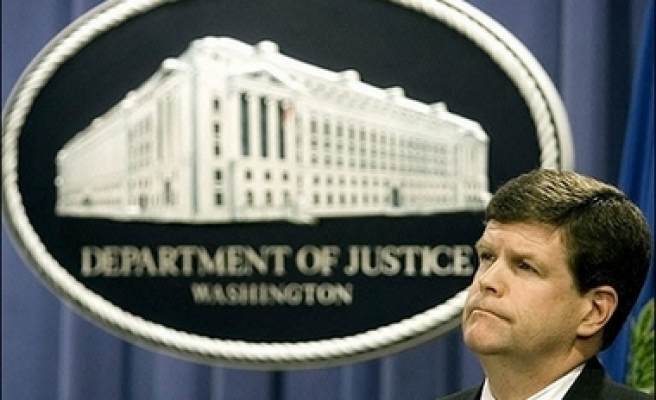 The US deputy attorney-general has announced his resignation, becoming the highest-ranking Bush administration casualty in the furore over the firing of several prosecutors.

Paul McNulty, who served 18 months as the justice department's second-in-command, announced his plans at a private meeting of US attorneys in San Antonio on Monday.

He told them he would remain at the department until late summer or until the senate had approved a successor, aides said.

He also sent a one-page resignation letter to Alberto Gonzales, the attorney-general, whose own job has been put in jeopardy by the prosecutor firings and their aftermath.

McNulty has been considering leaving for months, but his decision to step down, aides said, was hastened by anger at being linked to the purge of eight prosecutors that the Democratic-led congress is investigating to determine whether they were fired for political reasons.

"The financial realities of college-age children and two decades of public service lead me to a long overdue transition in my career," McNulty said in the letter, which did not mention the firings controversy.

Neither did Gonzales, in a responding statement that praised McNulty as "a dynamic and thoughtful leader".

"Paul is an outstanding public servant and a fine attorney who has been valued here at the department, by me and so many others, as both a colleague and a friend," Gonzales said.

McNulty irked Gonzales by testifying in February that at least one of the fired prosecutors was ordered out to make way for a protege of Karl Rove, the chief political adviser to the president.

Gonzales, who has resisted demands that he resign from legislators from both parties, maintains the firings were proper and were rooted in the prosecutors' lacklustre performances.

Two other former justice department officials - Gonzales' chief of staff Kyle Sampson and White House liaison Monica Goodling - have resigned in the past two months because of the dismissals.

Much of McNulty's focus as a US attorney was on terrorism cases, including the conviction of Zacarias Moussaoui, who admitted to conspiring with the September 11 hijackers but was spared the death penalty.

McNulty is a longtime Republican loyalist who was spokesman for House Judiciary Committee Republicans during the impeachment of Bill Clinton, the former president, and later directed the transition team for the new Bush administration's justice department. Last Mod: 15 Mayıs 2007, 11:22
Add Comment