'US escalating covert operations against Iran'

These have included seizing members of Al Quds, the commando arm of the Iranian Revolutionary Guard, and taking them to Iraq for interrogation, and the pursuit of "high-value targets" in Bush's war on terrorism, who may be captured or killed, according to 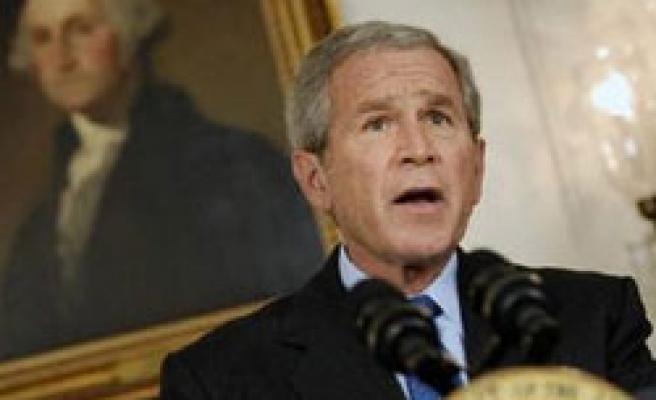 U.S. congressional leaders agreed late last year to President George W. Bush's funding request for a major escalation of covert operations against Iran aimed at destabilizing its leadership, according to a report in The New Yorker magazine published online on Sunday.

The article by reporter Seymour Hersh, from the magazine's July 7 and 14 issue, centers around a highly classified Presidential Finding signed by Bush which by U.S. law must be made known to Democratic and Republican House and Senate leaders and ranking members of the intelligence committees.

"The Finding was focused on undermining Iran's nuclear ambitions and trying to undermine the government through regime change," the article cited a person familiar with its contents as saying, and involved "working with opposition groups and passing money."

Hersh has written previously about possible administration plans to go to war to stop Tehran from "obtaining nuclear weapons", including an April 2006 article in the New Yorker that suggested regime change in Iran, whether by diplomatic or military means, was Bush's ultimate goal.

Funding for the covert escalation, for which Bush requested up to $400 million, was approved by congressional leaders, according to the article, citing current and former military, intelligence and congressional sources.

Clandestine operations against Iran are not new. U.S. Special Operations Forces have been conducting crossborder operations from southern Iraq since last year, the article said.

These have included seizing members of Al Quds, the commando arm of the Iranian Revolutionary Guard, and taking them to Iraq for interrogation, and the pursuit of "high-value targets" in Bush's war on terrorism, who may be captured or killed, according to the article.

But the scale and the scope of the operations in Iran, which include the Central Intelligence Agency, have now been significantly expanded, the article said, citing current and former officials.

Many of these activities are not specified in the new finding, and some congressional leaders have had serious questions about their nature, it said.

Among groups inside Iran benefiting from U.S. support is the Jundallah, also known as the Iranian People's Resistance Movement, according to former CIA officer Robert Baer. Council on Foreign Relations analyst Vali Nasr described it to Hersh as a" vicious organization suspected of links to al Qaeda".

The article said U.S. support for the dissident groups could prompt a violent crackdown by Iran, which could give the Bush administration a reason to intervene.

None of the Democratic leaders in Congress would comment on the finding, the article said. The White House, which has repeatedly denied preparing for military action against Iran, and the CIA also declined comment.