The death of Rev. Jerry Falwell has officially ushered in a new leadership of the influential Evangelicals, the fastest-growing faith-based group, that embrace a different agenda, pastors and experts agreed. 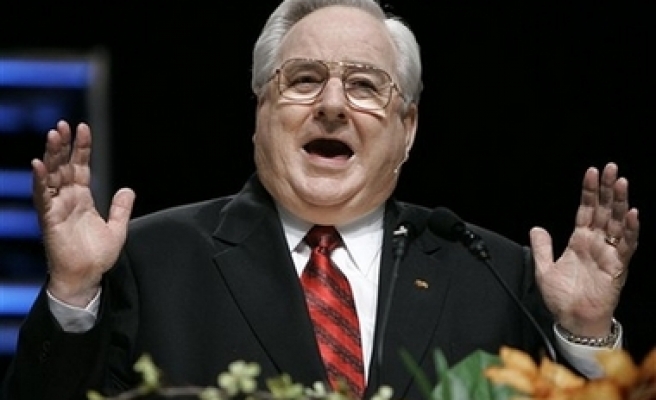 The death of Rev. Jerry Falwell has officially ushered in a new leadership of the influential Evangelicals, the fastest-growing faith-based group, that embrace a different agenda, pastors and experts agreed on Tuesday, May 22.

"Falwell's death highlights the inevitable change in the leadership of conservative Christians," John C. Green, a senior fellow at the nonpartisan Pew Forum on Religion and Public Life, told The Washington Post.

His ideas reflected the hardline and conservative mindset of the older evangelical leaders.

"I would not use the word 'moderate,' because in our milieu that often means liberal," said Rev. Frank S. Page, who was elected to succeed Falwell as head of the 16 million-member Southern Baptist Convention, the largest evangelical group in the US.

"But it's a shift toward a more centrist, kinder, less harsh style of leadership."

Page, 54, has promised a "new look" and new thoughts for today's and future evangelical leaders.

"Instead of the caricature of an angry, narrow-minded, Bible-beating preacher, we wanted someone who could speak to normal people," he said.

Falwell provoked a storm of derision when he blamed the 9/11 attacks on a morally-decayed society of gays, lesbians and abortionists.

He said attempts to secularize America had led "God to lift the veil of protection" that had shielded the US in the past.

He also described warnings about global warming as "Satan's attempt" to turn the church's attention from evangelism to environmentalism.

Falwell was infamous for his insulting remarks about Islam.

He had told CBS that after reading books on Islam he had concluded that Prophet Muhammad (peace and blessings be upon him) was "a terrorist."

They also tend to be more practical in dealing with charged issues such as homosexuality.

"The groups that focus only on a narrow agenda, especially gay marriage and abortion, are going to decline," said Randy Brinson, chairman of the evangelical Redeem the Vote organization.

"Modern" evangelical leaders include Rev. Rick Warren and Rev. William Hybels, who are championing the fight against AIDS in Africa.

Rev. Joel Hunter of Orlando urges evangelicals to see climate change as a serious religious issue, and has been active in encouraging followers to speak out on issues like global poverty.

An outspoken critic of the tactics and rhetoric employed by the old religious right, he also signed this month an evangelical declaration on immigration reform that called for a path to citizenship for illegal immigrants.

Brinson insisted that the young generation of evangelicals were quite different from the old guards.

"These kids have gone to school with people who happen to be gay, and they don't see them as a direct threat," he said.

"They may think that lifestyle is wrong, but they don't see it as something that really affects their daily lives."

A February Pew survey found that younger evangelicals are more likely than their parents to worry about environmental issues.

Acceptance of homosexuality is also greater among young evangelicals with one in three under 30 favoring same-sex marriage, compared to one in 10 of their elders.

Young evangelical leaders are seen to be more concerned with social justice and humanitarianism than their predecessors.

"I just don’t see in the next generation of so-called evangelical leaders anyone as politically activist-minded," as Falwell or Rev. Pat Robertson, D. G. Hart, a historian of religion, told the Post.

As a Baptist preacher, televangelist and university chancellor, Falwell has used his multi-layered platform to redraw US public policy along biblical lines and is associated with the Republican Party.

The denomination, the fastest-growing faith-based group in the US with up to 60 million followers, has been pivotal in reshaping the country’s political landscape since the 1980s.

Wedded with Republicans to a set of beliefs and sharing common grounds on issues like the Iraq war and revolutionary theory, they played a pivotal role in tilting the scales in President George W. Bush's favor in the last presidential election.

They believe that Bush's support for Israel fulfills a biblical injunction to protect the Jewish state, which they think will play a pivotal role in the second coming of Christ.

"The evangelical movement as a political force is in a serious state of transition," said Page, one of many pastors and political activists tugging conservative Christians in various directions.