US warships have bombed a fishing town in northeastern Somalia after an armed group clashed with troops from the country's semi-autonomous region of Puntland. 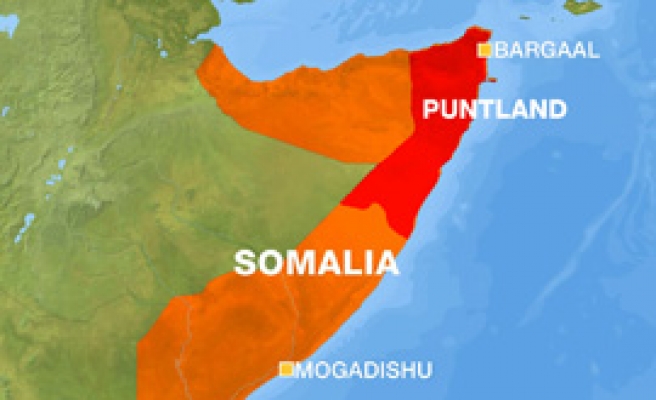 Officials in the northern Somali region of Puntland said on Saturday that the warship bombarded a mountainous village late on Friday where the group had set up a base.


A Puntland military official said the bombing came three days after authorities there reported the entry of what they called "Islamist fighters and foreigners of Arab origin".

Muse Gelle, the regional governor, said the fighters had arrived on Wednesday by speedboat at the port of Bargal.

Gelle said the area is a dense thicket making it difficult for Puntland security forces to intervene on their own.

A radio station quoted Puntland's leader, Ade Muse, as saying that his forces had battled with the group for hours before the US ships arrived and used their cannons.

Muse said five of his soldiers were wounded, but that he had no information about casualties among the fighters.

Al Jazeera's Mohammed Adow said that members of the Islamic Courts Union were believed to be hiding out in the region since they were beaten in early January.

A Pentagon spokesman told The Associated Press he had no information about the incident.

The target was reportedly a suspect in the 1998 bombings of US embassies in Kenya and Tanzania.

The destroyer's guns appeared to be targeting a single person, perhaps moving in a convoy, according to the CNN report.

The US launched air strikes in Somalia in January targeting three alleged al-Qaeda members but killing their allies instead, US officials have said.

Those suspects also were wanted for the embassy bombings, which killed 240 people.

Mohamed Abdulrahman Banga, Puntland's minister of information, told the AP news agency that the armed members of the Islamic Courts Union arrived in two fishing boats from southern Somalia, which they controlled for six months last year before being routed by Ethiopian troops sent to prop up a faltering interim government.

"They had their own small boats and guns. We do not know exactly where they came from - maybe from Ras Kamboni, where they were cornered in January," he said.

Fishermen said about a dozen fighters arrived on Wednesday, but Puntland officials said the number could be as high as 35.