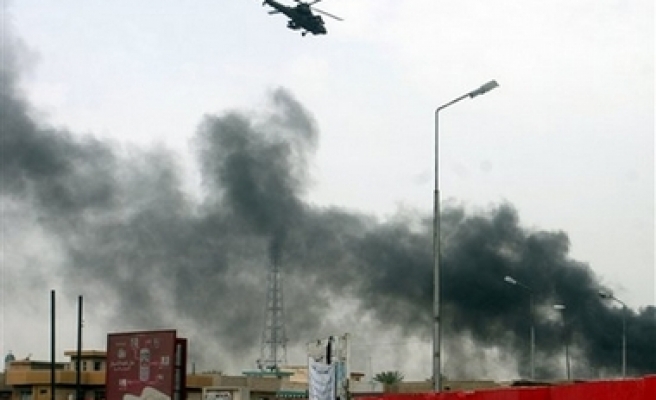 The US attack began early in the morning, when U.S. forces backed by Iraqi troops began searching houses in the area, a stronghold of Muqtada al-Sadr.

Aircraft flew over the neighborhood during the raid and carried out airstrikes on four houses, reducing one to a pile of bricks and rubble, police and witnesses said. The occupants of the destroyed house had apparently fled before the raid. Several cars were also charred and badly damaged.