U.S. soldiers tightened their cordon around al Qaeda fighters holed up in the Iraqi city of Baquba on Saturday, advancing carefully through streets lined with roadside bombs and booby-trapped houses. 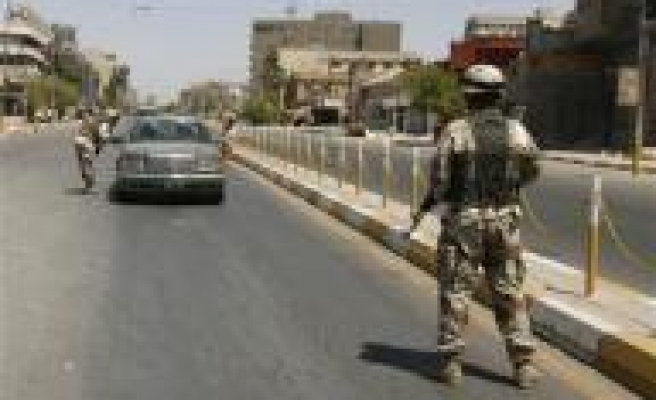 Around 10,000 American and Iraqi soldiers are into the fifth day of a major push against al Qaeda members in Diyala province just north of Baghdad.

U.S. troops have killed dozens of suspected al Qaeda fighters. One U.S. soldier has been killed.

Much of the focus is on Baquba, an al Qaeda stronghold that has become a sanctuary for fighters escaping a four-month-old security crackdown in the capital.

Major Doug Baker, also from the 5th Battalion, said he had cleared three-quarters of the neighborhood he was assigned to. But around 100 al Qaeda fighters were hunkered down in the northwest corner of the Khatoon district in west Baquba.

"That is where we are expecting the stiffest resistance," said Baker, speaking late on Friday at a military base.

The Diyala campaign, dubbed Operation Arrowhead Ripper, is part of a broader offensive involving tens of thousands of U.S. and Iraqi soldiers pushing on with simultaneous operations in Baghdad and to the south and west of the capital.

A major focus of the operations is al Qaeda's car bomb networks. U.S. officials accuse the Sunni Islamist group of using car bombs and assassinations against Shi'ite targets in an attempt to spark full-scale sectarian civil war.Some residents in Baquba have complained there has been no water or electricity since Operation Arrowhead Ripper began.

Baker said the incursion had lifted a strict regime where smoking was banned and fruit was not allowed to be placed next to vegetables in the market.

Soldiers had also found a house that appeared to have been set up as an al Qaeda court, with a room divided by a curtain. Behind this was a large chair from which judgment was apparently delivered.

U.S. soldiers said homes taken over by al Qaeda fighters had been fortified, with windows sandbagged and firing platforms built inside to make them easier to defend.

The military was using air strikes and precision-guided bombs and missiles to destroy such targets.

"We're not carpet-bombing these things. People know if we get resistance from a house, we'll take that house out and the people in it, but not take out the entire street," said Baker.

Soldiers on foot are also having to negotiate booby-trapped houses and so-called deep-buried, improvised explosive devices -- large bombs up to three meters (10 feet) under the ground.

U.S. military commanders have said the combined operations were taking advantage of the completion of a build-up of U.S. forces in Iraq to 156,000 soldiers.

President George W. Bush has sent 28,000 more troops to Iraq to buy time for Shi'ite Prime Minister Nuri al-Maliki to reach a political compromise with disaffected minority Sunni Arabs, who are locked in a cycle of violence with majority Shi'ites.