US governor: Chavez can help with hostages in Colombia

The governor of the U.S. state of New Mexico met on Saturday with Venezuelan President Hugo Chavez in an effort to restart talks with neighboring Colombia to secure the release of hostages held by leftist rebels. 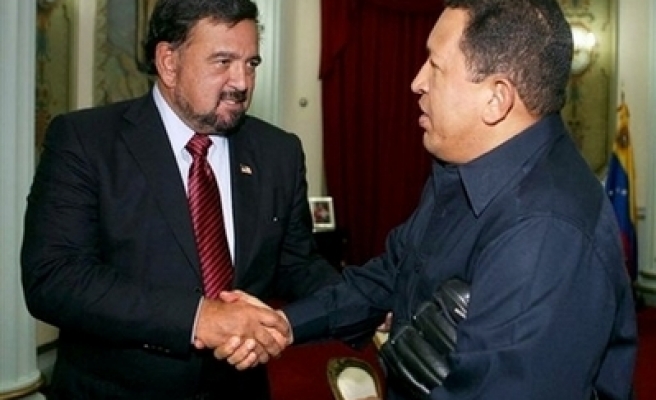 "I've had a good meeting with President Chavez ... (he) has told me that he is willing to help in this situation," Gov. Bill Richardson told reporters after the meeting.

"Many times in a conflict like this we forget the human side, that human beings are being held hostage."

High-profile hostages held by the FARC include French-Colombian politician Ingrid Betancourt and three U.S. anti-drugs contractors kidnapped after their helicopter crashed in the jungle in 2003.

Richardson, who was a U.S. ambassador to the United Nations and has helped release Americans held in Sudan, Iraq, North Korea and Cuba, was asked by the hostages' families to help seek their release. His mother is Mexican and he speaks fluent Spanish.

The leftist Chavez and right-wing Uribe have exchanged bitter accusations throughout the year, even during the hostage release negotiations.

French Foreign Minister Bernard Kouchner is scheduled to visit Colombia, Ecuador and Venezuela next week to try to restart stalled talks over the release of hostages, including Betancourt, believed to be severely ill after years of jungle captivity.

Chavez earlier in the day expressed doubts about whether he could continue to be useful in the talks.

"I do not know if I can continue helping on this issue, because in order to help, the parties (involved) in the problem must want or accept true help," Chavez said in televised comments on Saturday morning.