US hearing open on Haditha killings

A US military court has started a preliminary hearing against three marines charged with the murder of 24 civilians in the Iraqi town of Haditha two years ago. 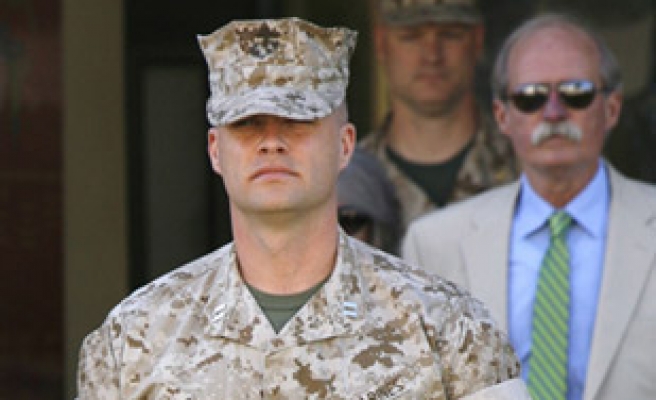 A US military court has started a preliminary hearing against three marines charged with the murder of 24 civilians in the Iraqi town of Haditha two years ago.

Four other soldiers stand accused of covering up the deaths, the most serious war crimes case involving US forces since the invasion of Iraq four years ago.

The hearing at the marine's Camp Pendleton in southern California, the biggest US criminal case involving civilian deaths in the Iraq war, is to determine whether the cases will proceed to a full court martial.

Tuesday's hearing kicked off with Captain Randy Stone, 34, who faces charges of failing to properly investigate and report the deaths.

Prosecutors allege patrolling marines went on a shooting spree against civilians in Haditha, 260km west of Baghdad, after a comrade, Miguel Terrazaz, was killed in a roadside bomb attack on November 19, 2005.

The defence says the marines followed established war-time rules of engagement and the deaths occurred after the soldiers became embroiled in a furious gunfight with fighters.

The first witness for Stone, First Lieutenant William Kallop, the platoon commander, defended his order to clear the houses near the scene of the bombing as a legitimate combat operation.

Recalling the aftermath of the killings, Kallop said instead of finding dead fighters he found body parts, an injured boy and a dead Iraqi man.

"The only thing I thought, sir, was 'what the crap?'" Kallop said. "Where are the bad guys, why aren't any insurgents here?"

"The marines had been operating the best they could in an uncertain environment, and that was the bad outcome," he added.

Stone's lawyer, Charles Gittins, called Kallop hoping his testimony would show that his client did nothing wrong based on his knowledge of the deaths.

"I don't think any of the officers knowingly did anything wrong, I think they acted with the information they had," Gittins told the court.

He said Stone had reported the incident up his chain of command but was told not to investigate further.

Official reports of 15 people being killed in the roadside bombing were contradicted by a Time magazine investigative piece in March.

A subsequent probe into the incident found 24 civilians had been killed, including 10 women and children who were shot at close range, showing the initial accounts to be false.

"We now know with certainty the press release was incorrect, and that none of the civilians were killed by the IED [Improvised Explosive Device] explosion," Colonel Stewart Navarre said when announcing the charges last November.

The alleged killings led to two separate military investigations, the first focusing on the events, the other on an alleged cover-up. Last Mod: 09 Mayıs 2007, 10:11
Add Comment