House Judiciary Committee Chairman John Conyers announced his panel would examine possible administration wrongdoing, which has included complaints that Bush misled the United States into the Iraq war in 2003. 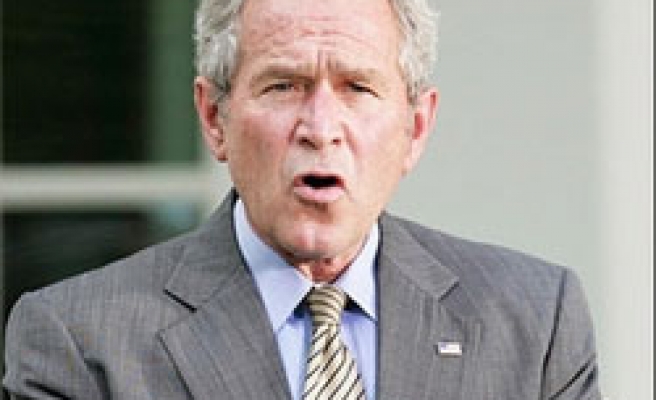 Impeachment is out for U.S. President George W. Bush, but a top U.S. lawmaker said on Thursday he wants to take a look at his "imperial presidency."

House Judiciary Committee Chairman John Conyers announced his panel would examine possible administration wrongdoing, which has included complaints that Bush misled the United States into the Iraq war in 2003.

"Over the last seven plus years, there have been numerous credible allegations of serious misconduct by officials in the Bush administration," said Conyers, a Michigan Democrat.

He scheduled a July 25 hearing on "the Imperial Presidency of George W. Bush and possible legal responses."

Speaker of the House of Representatives Nancy Pelosi, a California Democrat, took office in January 2007 rejecting calls to try to remove Bush from office. She said an impeachment effort would be disruptive and distract from her party's legislative agenda, which included measures to expand health care and increase the federal minimum wage.

Conyers' action follows hundreds of oversight hearings the past year and a half in the Democratic-controlled Congress on a host of administration matters -- from the Iraq war and torture to the firing of federal prosecutors and leaking of the identity of a CIA agent.

Current and former Bush aides have refused to testify, claiming it would violate Bush's right to private counsel from staff. Democrats are challenging their claim in court.

"The administration has adopted what many would describe as a radical view of its own powers," Conyers said. "It is imperative that we pursue a comprehensive review."

White House spokesman Tony Fratto brushed off the action, saying, "Representative Conyers is putting the final stamp on a chairmanship that will be most remembered as a political vaudeville act."

Conyers did not say who the witnesses will include, but Rep. Dennis Kucinich, an Ohio Democrat, may be among them.

Last month, the House referred to the Judiciary Committee articles of impeachment against Bush offered by Kucinich.

While these charges of wrongdoing seem certain to die, Kucinich has pushed the panel to at least consider them before Bush's term ends in January.