US high-tech companies press on Senate for more foreing workers

Bill Gates and Steven A. Ballmer of Microsoft have been at the forefront of a stream of high-tech executives urging lawmakers to provide more "green card" visas for temporary foreign workers and permanent immigrants who can fill critical jobs. 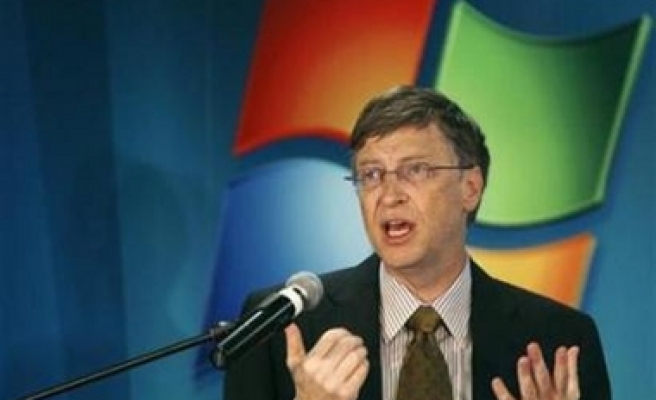 Bill Gates and Steven A. Ballmer of Microsoft have been at the forefront of a stream of high-tech executives urging lawmakers to provide more "green card" visas for temporary foreign workers and permanent immigrants who can fill critical jobs.

The top executives of high-tech companies have been making a huge effort to reshape the Senate immigration bill to meet their demand for more foreign workers. But they have had only limited success. The Senate plans to resume work on the bill this week.

High-tech companies want to be able to hire larger numbers of well-educated, foreign-born professionals who, they say, can help them succeed in the global economy. For these scientists and engineers, they seek permanent-residence visas, known as green cards, and H-1B visas. The H-1B program provides temporary work visas for people who have university degrees or the equivalent to fill jobs in specialty occupations including health care and technology.

The Senate bill would expand the number of work visas for skilled professionals, but high-tech companies say the proposed increase is not nearly enough. Several provisions of the Senate bill are meant to enhance protections for American workers and to prevent visa fraud and abuse.

"But that supposed influence has not translated into legislative results," Yale-Loehr, who teaches at Cornell Law School, continued. "High-tech companies have been lobbying unsuccessfully since 2003 for more H-1B visas. It’s hard to get anything through Congress these days. In addition, anti-immigrant groups are well organized. U.S. computer programmers are constantly arguing that H-1B workers undercut their wages.”

Senator Richard J. Durbin contended that some companies have used foreign workers to undercut the wages of American workers. And in some cases, he said, foreign workers come to this country for a few years of training, then return home "to populate businesses competing with the United States."

"The H-1B visa program is being abused by foreign companies to deprive qualified Americans of good jobs," Durbin said. "Some companies are so brazen, they say ‘no Americans need apply’in their job advertisements." Last Mod: 25 Haziran 2007, 15:31
Add Comment