Fukuda echoed some of Akiba's sentiments, saying he wanted to take a lead in the campaign against nuclear weapons. 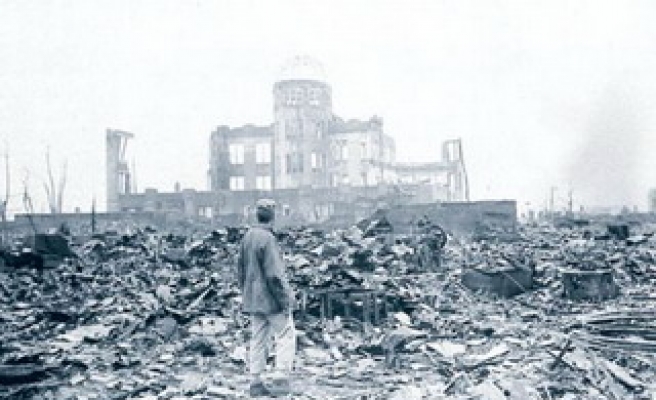 Tens of thousands bowed their heads at a ceremony in the Japanese city of Hiroshima on Wednesday, the 63rd anniversary of the world's first atomic attack, as the city's mayor hit out at countries that refuse to abandon their bombs.

A bell tolled at 8:15 a.m. to mark the exact moment when the bomb dubbed "Little Boy" was dropped on the city, killing tens of thousands immediately and many more later from radiation sickness.

"We who seek the abolition of nuclear weapons are the majority," mayor Tadatoshi Akiba said in a speech at the Peace Memorial Park, attended by the ambassador of nuclear-armed China, as well as Prime Minister Yasuo Fukuda and elderly survivors of the attack.

"Last year 170 countries voted in favour of Japan's U.N. resolution calling for the abolition of nuclear weapons. Only three countries, the United States among them, opposed this resolution," he said.

The mayor of Hiroshima also vowed to do more to help survivors still suffering the physical and mental after-effects of the 1945 attack by the United States in the final days of World War Two, which was followed a few days later by a nuclear attack on the southern Japanese city of Nagasaki.

The average age of survivors is over 75 and Akiba said he would launch a survey into the emotional damage they suffered.

Fukuda echoed some of Akiba's sentiments, saying he wanted to take a lead in the campaign against nuclear weapons and try to help as many as possible of those dealing with poor health after being exposed to radiation.

"We must not repeat such a sad event," one mother attending the ceremony told broadcaster NHK. "We need to pass that message on to our children's generation."