Anti-terror chiefs in the United States have hired a team of America's most original science-fiction authors to dream up techniques to help them combat Al Qaida. 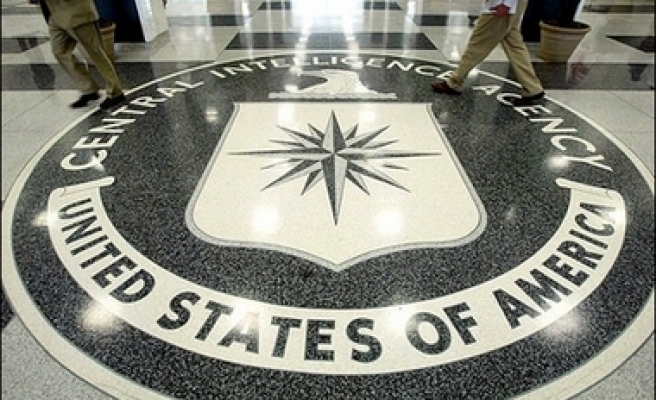 Anti-terror chiefs in the United States have hired a team of America's most original science-fiction authors to dream up techniques to help them combat Al Qaida.

Ideas so far include mobile phones with chemical weapons detectors and brain scanners fitted to airport sniffer dogs, so that security staff can read their minds.

The writers have also put government scientists in touch with Hollywood special-effects experts, to work on better facial-recognition software to pick out "terrorists" at airports.

The Department of Homeland Security has set aside around $10 million (Dh36.7 million) - one tenth of its research budget - for "high impact" projects dreamt up by the best brains in futuristic fiction.

Last month, six of the most imaginative authors shared their thoughts with security chiefs at a conference in Washington - among them, Jerry Pournelle, author of a dozen novels, who helped Ronald Reagan develop the concept for the Star Wars missile defence shield.

He said: "Imagine how great it would be if you had cell phones with sensors that could pick up anthrax spores in the air, and automatically relay that information and location to the authorities. You could do the same for TB bacilla spores to fight outbreaks of disease.

"We're also getting good at encephalography, which involves sticking wires on your head and matching the brainwaves to actual thoughts. If we could do that with sniffer dogs, the dog might be able to tell us precisely what kind of drug or explosive it has detected."

Pournelle said the facial recognition plan was one of a number that aimed to replicate ideas seen on television shows such as CSI: Crime Scene Investigation and NCIS, a similar show. "In real life, the computers are still nowhere near as good as they are on TV," he said. "It's just one of several high risk, high pay-off projects we have suggested."

He is a member of Sigma, a group set up by fellow writer Arlan Andrews to pursue "science fiction in the national interest". Andrews, who first predicted downloadable, handheld electronic books, said: "We spend our entire careers living in the future. Those responsible for keeping the nation safe need people to think of crazy ideas."

Both Pournelle and Greg Bear, who predicts the creation of genetically modified anthrax that can target a specific race in his new thriller, Quantico, acknowledge that some ideas are best not made public. Bear said: "There are some things we just don't talk about and put in our books. We pull back a bit."

Pournelle said: "Tom Clancy had terrorists using aircraft as weapons long before 9/11, crashing an aircraft laden with fuel into the Rose Bowl."

Critics complain that the writers are handing the government potentially lethal ideas, comparing them to Robert Oppenheimer, who oversaw the creation of the atomic bomb.

Pournelle counters: "I helped devise Star Wars, which helped win the Cold War. I'm glad we don't have 20,000 nuclear weapons pointing at each other.