One of New Jersey's most influential Muslim leaders is facing deportation for 1993 Israeli jail for assisting Hamas, according to a published report. 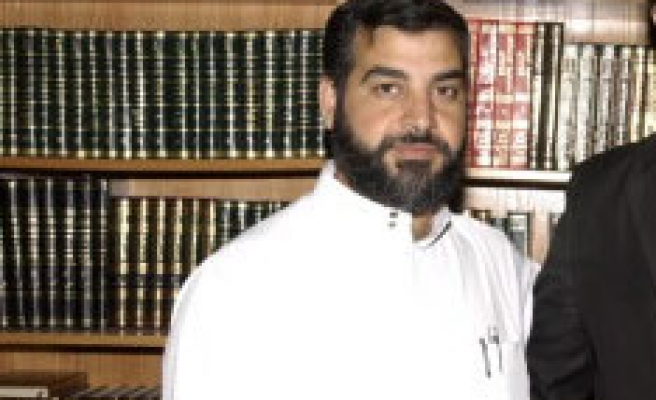 Standing behind the counter of his Main Street jewelry store, Awni Abu-Habda tried to describe Mohammad Qatanani, the imam of the Islamic Center of Passaic County.

"A man who united this community. Who believes this God should be worshipped," said Abu-Habda, a deputy mayor in Paterson. "We pray that he stays."

On Friday, U.S. immigration officials decreed that they would not grant the 44-year-old Qatanani, a Palestinian, permanent resident status because he did not reveal a 1993 conviction in Israel for allegedly assisting Hamas when applying for a green card in 1996. Qatanani spent three months in an Israeli prison, during which he says that he was never informed of the charges against him.

If Qatanani's new application for legal residency is denied, Qatanani, his wife and three of his six children all face deportation in May, after an immigration court trial. Three other children were born in the United States.

Muslims in South Paterson reeled from the news on Saturday.

"He's the best guy," said Millie Alvarez, 30, who was shopping for clothes on Main Street. "The whole community is worried."

Since arriving in Paterson in 1996, Qatanani hasn't shied from making political statements. While he has criticized the Israeli presence in the Palestinian territories and the war in Iraq, the imam has been equally outspoken against militants abroad. In the months following Sept. 11, Qatanani appealed for people of all faiths to join as an "American family."

"He's the man who brought those kids out of drugs, drinking," said Abu-Habda. "He keeps all these youngsters out of trouble."

Mutaz Hussein, 22, said that the basketball courts set up by the imam are frequented by area youth. Although he does not attend the Islamic Center of Passaic County, Hussein said that he and his friends respect Qatanani's work in Paterson.

"Everyone in Israel went to this jail," said Munther Ammar while chatting at Abu-Habda's store on Saturday. "One day you do something and you go to jail."

The memory of his own imprisonment was still vivid for Ammar Ali, 31, Millie Alvarez's shopping companion on Saturday afternoon. Ali was arrested by Israeli authorities one day and was not informed of the charge. When he was later released, he was given no explanation.

"Every Arab person from Palestine has been to jail," said Ali.

Ali, however, said he believed that Qatanani's possible deportation has nothing to do with the imam lying on his green card application.

"It's all about Christian-Muslim. It's not fair," said Ali. "The FBI uses (arrests) as an excuse to get us out."

Salamo alykom Warahmato Allah wa barakatoh
Do not worry Imam, you are the best And so Allah is with Alhaq. i hope Allah helps and be with you and All Muslims.. Yarab