The two sides had been negotiating a Status of Forces Agreement that would provide a legal basis for US occupation to remain when a U.N. mandate expires at the end of the year. 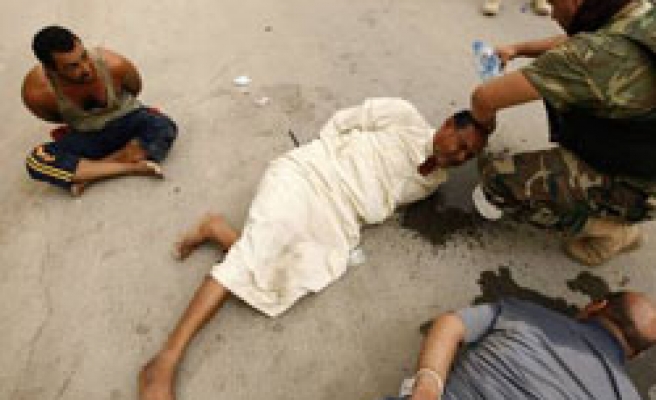 The two sides had been negotiating a Status of Forces Agreement that would provide a legal basis for US occupation to remain when a U.N. mandate expires at the end of the year.

But in the past week Iraqi leaders have spoken of only agreeing a memorandum of understanding. Prime Minister Nuri al-Maliki has also raised for the first time the prospect of setting a timetable for U.S. troops to leave Iraq.

The Washington Post quoted one U.S. official close to the negotiations as saying "we are talking about dates", even though Bush has previously opposed calls for a timetable.

Iraq is a major issue in November's presidential election battle between Republican John McCain and Democrat Barack Obama. McCain supports the Bush administration's current strategy, while Obama has called for a timetable for withdrawal.

The Post said the "bridge" security document would be limited in both time and scope and would allow basic U.S. military operations to continue once the U.N. mandate ended.

Iraq has rejected a number of Washington's demands, saying they infringe on the country's sovereignty.

The document now under discussion with Iraq was likely to cover only 2009, the Post said.

Negotiators expected it to include a "time horizon", with specific goals for a U.S. troop withdrawal from Baghdad and other cities and installations, it added.

There is strong domestic pressure in Iraq to set dates for a withdrawal of U.S. forces.

Maliki's political opponents would also likely try to talk the issue of an undefined U.S. occupation time in provincial elections later this year.

The most contentious unresolved issue was the legal immunity of U.S. troops in Iraq, the Post reported.

U.S. officials have said this is non-negotiable. But Iraq's deputy parliament speaker has said lawmakers would probably veto any deal that gave U.S. soldiers immunity from Iraqi law.

No final decisions had been made, but up to three combat brigades in Iraq could be withdrawn, or slated for withdrawal, by the end of the administration in January, the Times said.

The White House declined to discuss the withdrawals, but spokesman Gordon Johndroe told the newspaper that while Bush hoped to bring more troops home, he would await recommendations in September from General David Petraeus, the U.S. commander in Iraq, the Times said.