The alleged mastermind of the Sept. 11 attacks on New York City and the Pentagon could face execution if convicted, The Miami Herald reported. 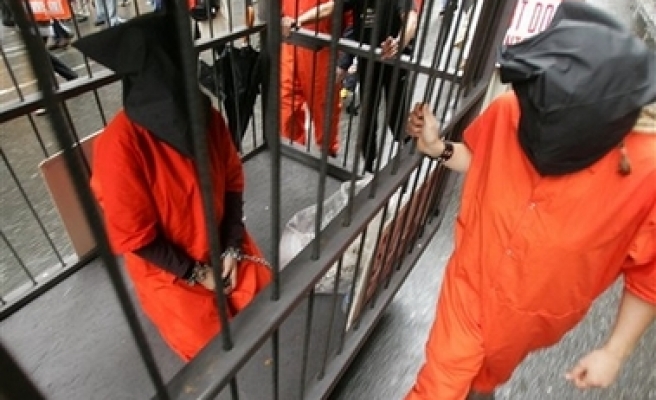 The alleged mastermind of the Sept. 11 attacks on New York City and the Pentagon has been assigned a U.S. military lawyer to defend him in the Guantanamo war court, where he could face execution if convicted, The Miami Herald reported.

Navy Capt. Prescott Prince was given orders on Tuesday to defend Pakistani prisoner Khalid Sheikh Mohammed, the newspaper said on its Web site.

Military officials at Guantanamo and at the Pentagon could not immediately confirm the report. However, they previously had said Prince had joined the team of military lawyers who defend foreign captives facing war crimes charges in the U.S. military tribunals at the Guantanamo Bay naval base in Cuba.

Prince, 53, is an attorney and naval reservist from Richmond, Virginia. He recently served in Iraq, where he was a lawyer in the unit that oversaw detainee operations.

In February, U.S. military prosecutors charged him and five other Guantanamo captives with counts that include murder, conspiring with al Qaeda and terrorism. The charges list the names of 2,973 people killed when four hijacked passenger planes slammed into New York's World Trade Center, the Pentagon and a field in Pennsylvania.

Before Mohammed and the others can be tried, the charges and the potential death penalty still must be approved by a Pentagon official overseeing the Guantanamo war court, the first U.S. military tribunals since World War Two.

Under the rules for the Guantanamo court, military lawyers are ordered to put on a "zealous" defense for the accused. But defendants can reject the lawyers and act as their own attorneys.

"This man is alleged to have done some very bad things. Personally I have faith in the American people to allow him to have "a fair trial," Prince told the Herald.

But he said he did not feel a fair trial was possible in the Guantanamo court system designed to try foreign captives outside the regular U.S. civilian and military courts.

Mohammed's confession could be troublesome for the U.S. government if used as evidence because the CIA has admitted it subjected him to "waterboarding" -- an interrogation technique of simulated drowning that has been widely criticized as torture.

The rules of the court prohibit the use of evidence gained through torture, as does an international treaty the United States has signed. But it is left up to the trial judge to determine what evidence can be introduced.

"You start with the fact that you've broken the rules -- a secret prison, torturing. Waterboarding. Harsh extreme techniques. Using cruel, coercive techniques to extract information," said Prince. "I just don't see how you can give him a fair trial."
Last Mod: 09 Nisan 2008, 12:18
Add Comment