U.S. and Iraqi troops raided Sadr City on Sunday, the raids came a day before Iranian and U.S. diplomats were to hold rare talks in Baghdad over how to end the violence in Iraq. 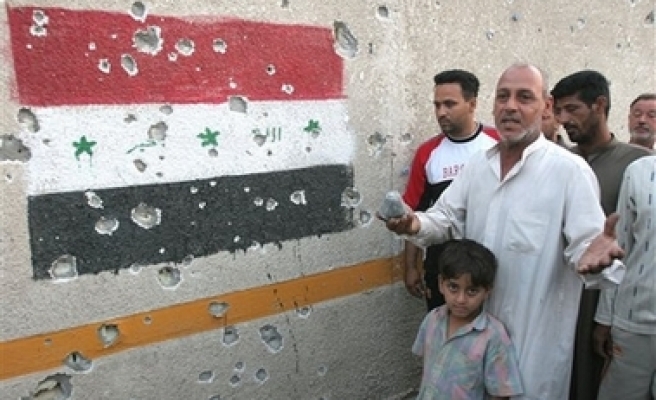 U.S. and Iraqi troops raided Sadr City on Sunday, the raids came a day before Iranian and U.S. diplomats were to hold rare talks in Baghdad over how to end the violence in Iraq.

Al-Sadr emerged on Friday with a call for Sunnis and Shiites to band together to force foreign troops out of Iraq. Sadr's Mahdi Army has repeatedly battled with U.S. and British troops in the streets of Sadr City and Basra.

Hours after Sadr delivered a sermon in the holy Shiite city of Kufa, British and Iraqi troops killed the Mahdi Army commander in Basra in a gunfight. Mahdi army responded with attacks on British troops and Iraqi forces there.

The attacks continued late Saturday and early Sunday when British camps in the city were shelled repeatedly, British troops said in a statement.

The British, meanwhile, carried out an arrest raid early Sunday when their forces were attacked with roadside bombs, rocket propelled grenades and small arms fire, the British said. The troops returned fire, killing three of their attackers. No British forces were injured. The troops also arrested four men.

AP Television News footage showed several cars burned and destroyed in the street, including a van that was scorched black, had its windows knocked out and its upholstery incinerated. The footage also showed a house that appeared to have been ransacked.

The U.S. military also reported late Saturday the deaths of eight U.S. troops, bringing the number of soldiers killed so far this month to at least 100 and putting May on pace to become the deadliest month for U.S. troops here in more than 2 1/2 years.