US forces have begun the construction of a concrete wall that will partition Sadr City and isolate it from other parts of Baghdad. 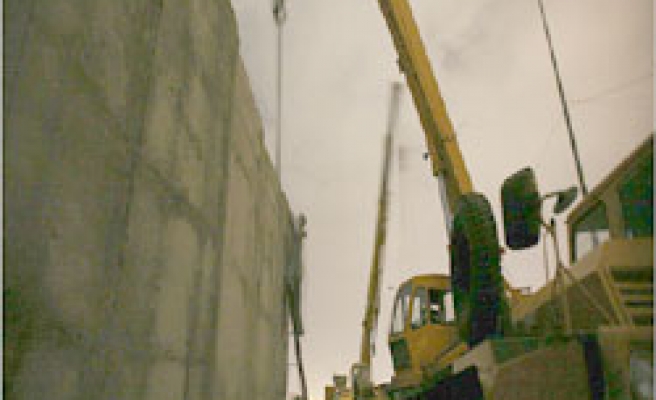 US forces have begun the construction of a concrete wall that will partition Sadr City and isolate it from other parts of Baghdad, New York Times reported on Friday.

The construction, which began Tuesday night, is intended to turn the southern quarter of Sadr City near the international Green Zone into a "protected" enclave.

The US army claims that the move is aimed at establishing security such a way that the Iraqi government can undertake reconstruction efforts.

"You can't really repair anything that is broken until you establish security," said Lt. Col. Dan Barnett, commander of the First Squadron, Second Stryker Cavalry Regiment.

"A wall that isolates those who would continue to attack the Iraqi Army and coalition forces can create security conditions that they can go in and rebuild," he added.

Critics of the US plan say dividing Iraq based on ethnic and religious lines will further fuel sectarian unrest in the country and isolate neighborhoods.

Sadr City has been a target of US military attacks and the populated slum area have frequently been pounded by US aircraft or artillery.

Many civilians have been killed as a result of the attacks.