At least 40 civilians were killed in an air strike in Afghanistan by foreign forces, witnesses said on Thursday, but the U.S.-led coalition said only rebels were hit and it knew of no other casualties 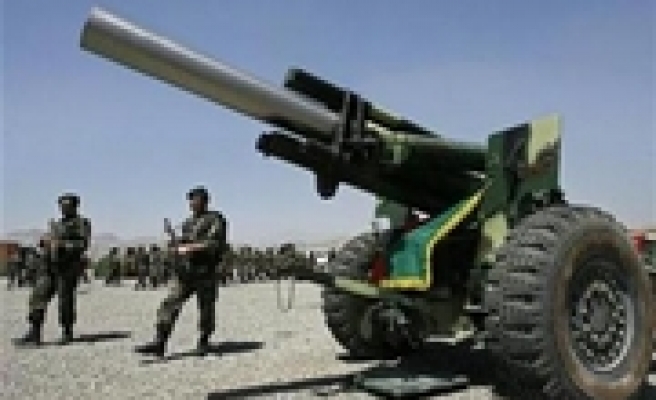 The deaths on Tuesday in the southern province of Helmand, if confirmed, would raise the civilian toll at the hands of foreign troops to 110 in the past two weeks.

"Foreign troops are killing Afghans every day, but our government has closed its eyes and does not see our casualties," local resident Haji Ibrahim said.

Helmand governor, Assadullah Wafa, said earlier 21 civilians, including women and children, were killed in Tuesday's air strike in Sangin district -- a major opium-growing area and the scene of a large anti-Taliban operation by foreign troops.

The U.S.-led coalition said its troops and Afghan soldiers on patrol in the area had come under fire on Tuesday and there were no reported injuries to any civilians.

It estimated 200 Taliban fighters were involved in the clash, in which one coalition soldier died, and said the air strikes destroyed three rebel compounds and an underground tunnel network.

Governor Wafa said the Taliban hid in civilian homes during the air strike and that they must take responsibility for the deaths.

Residents disputed that Taliban fighters were involved. "There were no Taliban in our area," Mohammad Rahim, a resident of Sangin, told Reuters by phone, adding he had seen 24 bodies in three houses.

One resident said President Hamid Karzai should travel to Sangin and see for himself the civilian casualties.

Civilian deaths are a growing issue for Karzai who is also under pressure over the country's slow economic recovery and rampant corruption since the Taliban's overthrow in 2001.

Karzai has repeatedly urged the troops to avoid civilian casualties while hunting militants, to stop searching people's houses and to coordinate attacks with his government.

Last week, Karzai said the patience of Afghans was running out over civilian killings by foreign troops.

Irate Afghans in the east and west, the scenes of last month's operations by coalition forces, have protested against civilian casualties reported by Afghan officials, and demanded the withdrawal of foreign forces and Karzai's resignation.

A U.S. military commander on Tuesday apologized for the deaths of 19 civilians in the east. They were killed by U.S. troops early last month.
Last Mod: 10 Mayıs 2007, 16:11
Add Comment