US manipulation to backfire in Pakistan: Kissinger

Any US attempt to manipulate the political process in Pakistan will backfire, warns former US Secretary of State Henry Kissinger. 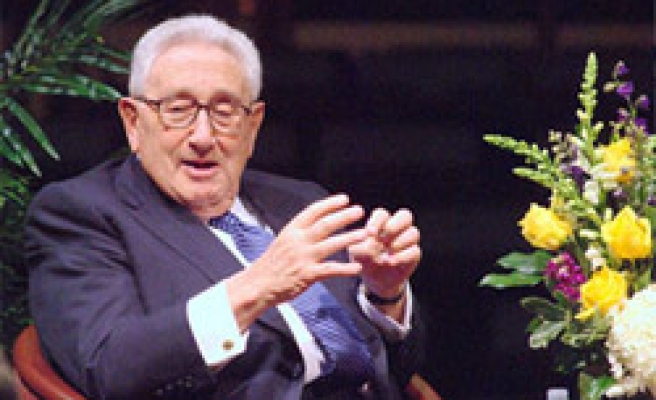 In an article published in the Washington Post and several other influential American papers, Mr Kissinger advised Washington to concede that "the internal structure of Pakistani politics is essentially out of the control of American political decision-making".

The US desire to build a centrist coalition, he said, was a commendable goal, "but the conditions for it can only be nurtured by Pakistani political forces and, in the absence of a centre, require patience over a period of time".

The future of President Pervez Musharraf, he noted, will undoubtedly become a major issue as the potential coalition partners seek his removal. But "it is his task as president – not ours – to manage the consequences of the election," he warned.

At the same time, it behoves the United States to remember "the valiant support" Mr Musharraf gave the US military effort in Afghanistan after 9/11 and his confrontation with jihadist fundamentalism at home, he added.

"Conspicuous American dissociation would only compound our risks in Pakistan – not to mention the message it would send to other leaders in the region allied to America."

Mr Kissinger urged the decision makers in Washington to focus on US national security objectives while dealing with the emerging Pakistani leadership. He defined US objectives as "control of nuclear weapons, counter-terrorism cooperation and resistance to (Islamist) radicalism".

"Pakistan's stability should not be viewed as an exclusively American challenge," said Mr Kissinger while arguing that others affected by changes in Pakistan should also be consulted.

The United States, he said, should promote democracy in Pakistan but not at the risk of its security interests.

"The elections in Pakistan, he observed, "far from calming the political crisis, have opened a new phase of it" and the world has a "huge stake" in the outcome.

Pakistan, he noted, is a nuclear power and a state occupying strategic terrain. Its incapability to maintaining control over both could turn Pakistan "into the wildcard of international diplomacy".

Mr Kissinger noted that the United States played a key role in arranging a deal between President Musharraf and the politicians.