US may cut more aid over Mauritania coup

The African Union suspended the Islamic republic and the United States and France quickly suspended non-humanitarian aid after the Aug. 6. 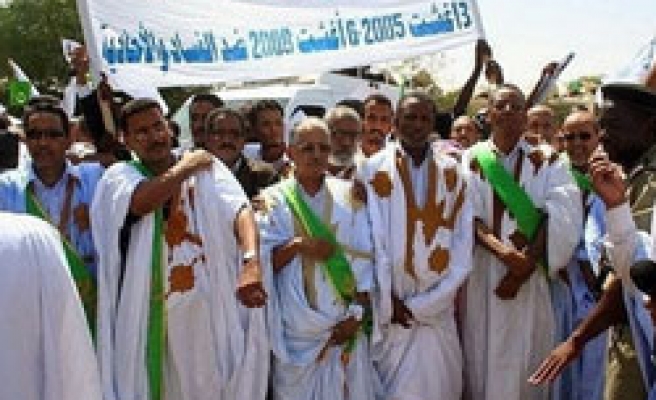 Abdallahi is still imprisoned by the ruling military junta.

"The coup was illegal and illegitimate and we call for the immediate ... release of President Abdallahi and his restoration as the legitimate president of Mauritania," Moss told reporters after meeting junta chief General Mohamed Ould Abdel Aziz.

Moss said the $25 million in U.S. aid that Washington had already suspended for this year was just the start.

"If the coup is not reversed, we will stop aid that has been in the pipeline for much larger amounts in future years," he said.

The Aug. 6 coup provoked virtually unanimous condemnation from the United Nations, the European Union and other quarters. The African Union suspended the Islamic republic and the United States and France quickly suspended non-humanitarian aid.

But the junta has won strong domestic support, including from a majority of parliamentarians, and cautious recognition from some important players including nearby Morocco and the Arab League.

Abdallahi was removed when he tried to sack senior army officers widely seen as backing his opponents in parliament during a protracted political crisis.

"Many countries have deadlocks and political disputes between the executive and the legislature, and this has to be resolved with contitutional means -- not through the removal of a democratically elected president," Moss said.

Abdel Aziz, who also instigated a 2005 coup that led to free elections, has promised new presidential polls as soon as possible.

On Thursday the junta appointed Moulaye Ould Mohamed Laghdaf, a respected former ambassador to the European Union, as prime minister in what many interpreted as an attempt to soften international disapproval of the coup.