US May Ease Aid Boycott: Fayyad

The United States may ease economic sanctions against the Palestinians, said Finance Minister Salam Fayyad following talks with US Secretary of State Condoleezza Rice, described by Washington as "private". 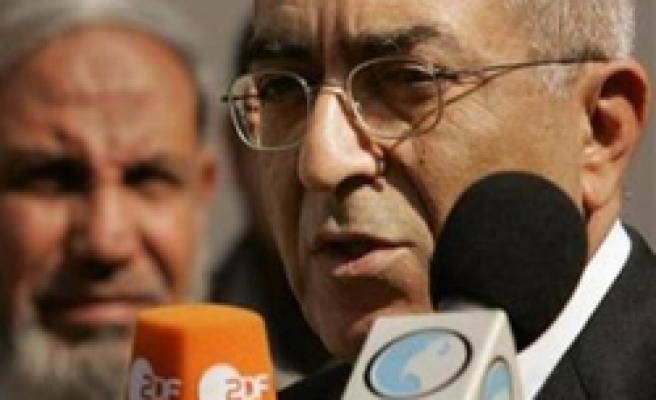 "The secretary has expressed understanding to linking our ability to improve financial performance and the need to function freely with the banks," Fayyad told the Palestinian daily al-Ayyam on Wednesday, April 18.

The State Department said Rice met Fayyad on Tuesday, April 17, while he was holding talks "in a private capacity" with Assistant Secretary of State David Welch.

The minister was in Washington to attend the spring meetings of the World Bank and International Monetary Fund.

Fayyad, a respected former World Bank official, has been holding talks with Western governments to seek additional financial aid for the beleaguered Palestinians.

He has appealed to the international community to save the Palestinian territories from a "very acute financial crisis".

Since then, tens of thousands of Palestinian civil servants have gone unpaid, greatly affecting the livelihood in the occupied Palestinian territories.

The formation of a national unity government involving the once-dominant, West-favored Fatah, was not enough for the Americans and Europeans to resume aid.

International relief agency Oxfam on Friday, April 13, called for an immediate resumption of Western aid to the Palestinians, warning that the year-long boycott has sent the Palestinians deeper into poverty.

The US threatened to slap sanctions against any bank that transfers money to the Palestinian government, forcing banks to refuse to transfer millions of dollars donated to the cash-strapped Palestinian Authority.

Palestinian and Western officials believe that Washington was unlikely to lift banking restrictions any time soon.

However, they believe it was considering other options proposed by Fayyad, including authorizing transfers to accounts under his control at the Palestine Liberation Organization (PLO).

It is not yet clear how using the PLO accounts will make a difference in Fayyad's efforts to reestablish direct control over the government accounts since funds have been funneled through President Mahmoud Abbas's office for months.

A Western diplomat, who is involved in the matter, said allowing transfers to the PLO accounts may not solve the problem.

"The issue is whether the Finance Ministry itself can operate accounts."

The EU has been studying the option of funneling money through the finance minister, though it is unclear how that can be accomplished if banks will not make transfers.

President Abbas called on Tuesday for lifting the Western aid boycott on the Palestinians.