US may reduce forces in Iraq by spring

The U.S. may be able to reduce combat forces in Iraq by next spring if Iraq's own security forces continue to grow and improve, a senior American commander said Friday. He denied reports the U.S. is arming Sunni insurgent groups to help in the fight again 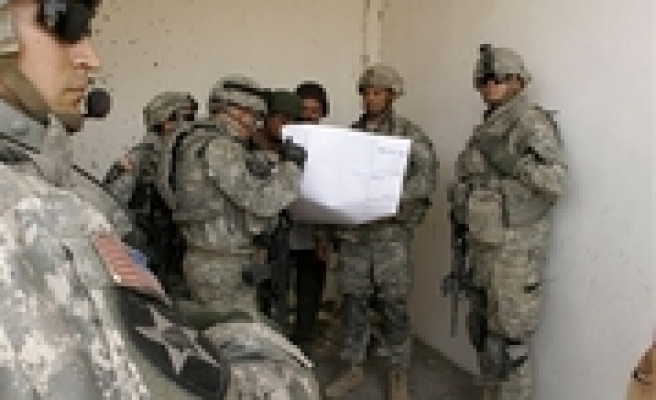 Lt. Gen. Raymond Odierno, the top day-to-day commander of U.S. forces in Iraq, did not predict any reductions in U.S. forces but said such redeployments may be feasible by spring. There are currently 156,000 U.S. troops in Iraq.

Speaking to reporters at the Pentagon from his headquarters outside Baghdad, Odierno gave an update on the U.S. offensives under way in Diyala province northeast of Baghdad and in areas south and west of the capital. He said U.S. and Iraqi troops have made important progress.

"I think if everything goes the way it's going now, there's a potential that by the spring we will be able to reduce forces, and Iraq security forces could take over," Odierno said. "It could happen sooner than that. I don't know."

He also cautioned that, because the insurgents in Iraq have proven so resilient and adaptive, making any prediction is risky. "There's so many things that could happen between now and then," he said, referring to next spring.

Odierno also said it's too early to say how long the recent addition of almost 30,000 U.S. troops should be maintained. The overall U.S. commander in Iraq, Gen. David Petraeus, is due to report to Washington in September on what the troop buildup is accomplishing, and he has said he intends also to recommend a way forward.

Odierno said murders in Baghdad this week were down to 33, compared with 93 during the second week in January — before the start of a Baghdad security operation built around the American troop buildup.

Odierno reported that troops have found 128 weapons caches in June, compared with 25 in June of last year.

Odierno said the massive week-old series of operations in and around Baghdad would continue through the summer.

"We have already begun attacking the enemy from multiple directions in a way that I believe he will not be able to resist," he said of the new offensive aimed at defeating al-Qaida insurgents and extremists, cleaning out their safe havens.

Odierno also said that while coalition forces are cooperating with some Sunni militants, they are not arming them — something observers caution could come back to haunt U.S. troops later.

"I want to make one thing very clear: We are not arming these groups," Odierno said. "We just took a hard look at this and the best I can tell, we armed 10 security detachment personnel for a mayor in one town because he was being threatened.

"We did give him 10 AK-47s; beyond that, we have not given weapons to any insurgent groups," he said. "They have plenty of weapons."

Odierno had announced in a Pentagon press conference last month that commanders were reaching out and trying to negotiate cease-fires and other agreements with tribal groups and others who might be fed up with al-Qaida in their country. Since then, there have been reports that the move included arming and training Sunni fighters in the fight against al-Qaida.

"We had a group that used to be part of the 1920 Revolutionary Brigade, which has helped us in Baqouba. We did not supply them with weapons," he said. "They showed us in one area, in one day, 16 deep-buried (bombs), which protected our forces. And what did they want? They wanted us to help them to defeat al-Qaida in their neighborhoods."

Commanders also reached out to Sunnis in Radwaniyah, south of Baghdad.

"We are now working with them. We have not given them weapons," Odierno said.