The United States condemned Sunday night's bombing in Istanbul, a statement by the U.S. Embassy in Ankara said. 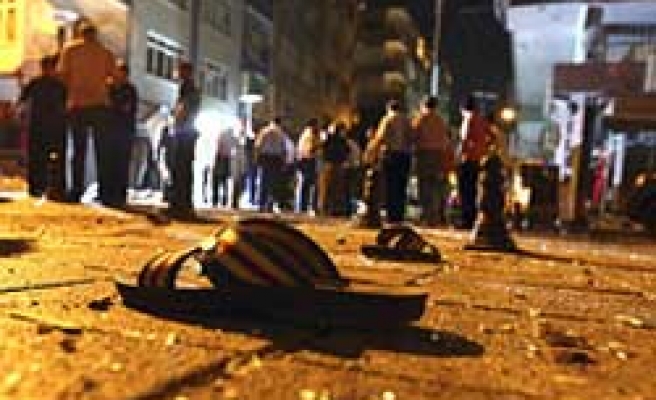 In a message posted on the General Staff's web-site, General Staff Chief Gen. Yasar Buyukanit said, "I strongly condemn the abhorrent attacks in Gungoren district targeting our innocent citizens. The attacks which were staged in a crowded street at a busy hour and without discriminating between men and women, young, old and children, showed once again the gory face, ruthlessness and despair of terrorism. I believe that those who carried out this inhuman bombing will be arrested and brought to justice to account for their acts."

Gen. Buyukanit also offered the Turkish Armed Forces' and his condolences to those who lost their beloved ones in the blasts.

In his message, the secretary-general said, "I condemn in the strongest terms the bombings that occurred in Istanbul yesterday evening. These appalling terrorist attacks targeted innocent civilians in a deliberate and brutal way."

"On behalf of the Allies, I express my condolences to the families of those who lost their lives, and my sympathies to those injured in the blasts. NATO will continue to stand firmly in solidarity with the Turkish people in the fight against terrorism," he added.

The United States condemned Sunday night's bombing in Istanbul, a statement by the U.S. Embassy in Ankara said.

In the statement, the United States offered its deepest condolences and sympathy to the family and friends of the victims of the attack, which it defined as a violent and insidious act.

"There is no justification for the killing of innocent people," the statement said.

The statement also said that the United States continued to support its ally, Turkey, in the fight against terrorism.

Two bombs exploded minutes apart in one of Istanbul's busiest districts on Sunday night, killing 17 and injuring 115 others.