US Neocons in Freefall

The disgraceful downfall of Paul Wolfowitz has driven another nail in the coffin of the Bush administration's neoconservatives, who have been falling by the wayside since the Iraq invasion. 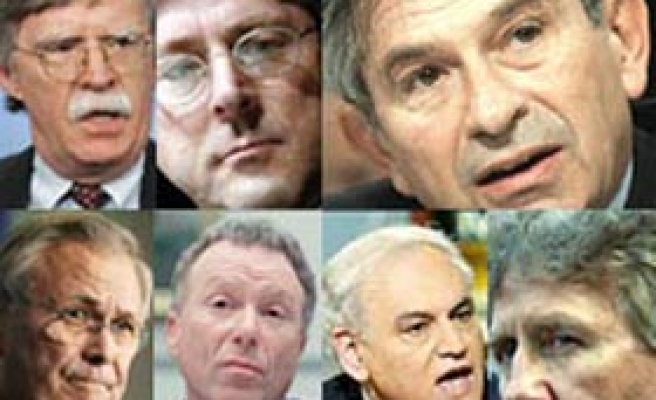 The disgraceful downfall of Paul Wolfowitz, the Pentagon's former number three, as the president of the World Bank has driven another nail in the coffin of the Bush administration's neoconservatives, who have been falling by the wayside since the Iraq invasion, The Times newspaper reported on Sunday, May 20.

"Now the neocons have been ousted, one by one, from their positions of influence and trust while the Republican party base is desperately thrashing around for a successor to Bush that it can back in 2008," the paper said in an op-ed article.

It noted that Wolfowitz, the Iraq war architect, is the latest in a long line of "gotcha casualties" of the invasion.

Lewis Libby, Vice President Dock Cheney's former chief of staff, is threatened with jail in a case involving the outing of a CIA officer after her diplomat husband accused Bush of exaggerating the Iraqi threat to invade the oil-rich country.

Lawrence Anthony Franklin, who served on the Iran desk in the office of Defense Secretary, has pleaded guilty to passing information about US policy to the American Israel Public Affairs Committee (AIPAC), the main pro-Israel lobby.

Other administration officials who left office with blemished reputation, the paper said, include Colin Powell, the former secretary of state, who delivered a flawed report on Iraq to the UN on the eve of war and George Tenet, the former CIA director who told Bush it was a "slam dunk" case that Iraq had weapons of mass destruction.

"The main noise in Washington right now is that of collapsing scenery," said writer Christopher Hitchens, a friend of Wolfowitz.

"The Republican party is in total disarray. They’ve been dropping their most intelligent people over the side."

The Times said that the final nail in the neocons' coffin is the possible resignation of embattled Attorney General Alberto Gonzales.

It described Gonzales as "an old ally from Texas who was responsible for approving the torture of terrorist suspects when he was White House counsel" in 2004.

Gonzales was accused of being involved in the decision to allow suspects in US custody to be deported to nations that allow torture, in order to extract further information from them.

Now he faces another scandal that is expected to end his career over his role in the dismissal of nine attorneys.

"If he goes, the air may go out of the Bush administration. When the president can no longer save his friends, there will be nobody left to save but himself," the paper said.